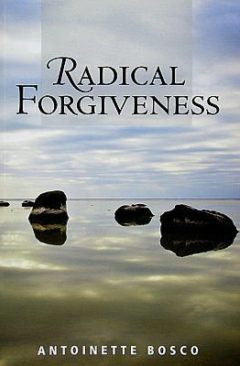 When Antoinette Bosco experienced the deep pain of losing a sensitive and gifted son to suicide, she found the strength to release her pain and anger and, with compassion, celebrate his life. Then, one year later, a second son was murdered, together with his wife, as they slept in their new home. “When you have been seared by horrible loss and pain, how can you fight the hate that overtakes you?” she asked. “I knew I had to reclaim my soul, but how?”

Seeking answers in the words of teachers, religious leaders, and philosophers, she found that the perennial question did not have a satisfying answer; it was only in the example of Jesus that she found the path to healing. With this book, Bosco looks at a type of forgiveness that reaches into the depths of the human heart to find the root of suffering.

“It suddenly became clear to me that there was a way out of my dark days, but only if I took on ‘revolutionary changes,’ focusing not on my losses, my pain, but on the work ahead that could be done if I did it Jesus’ way.” She learned that her work was to forgive — not once but 70 times seven — praying daily for the strength and courage to do so.

In her own struggle to say yes to forgiveness and the stories of others touched by soul-searing loss who also have chosen forgiveness over vengeance, Bosco presents the message that all who have suffered the loss of a loved one need to hear: healing is possible.

Antoinette Bosco is a prize-winning journalist, prolific and much-published freelance writer, and author whose work has earned her the Christopher Award, the Catholic Press Award, and the Pax Christi Award.