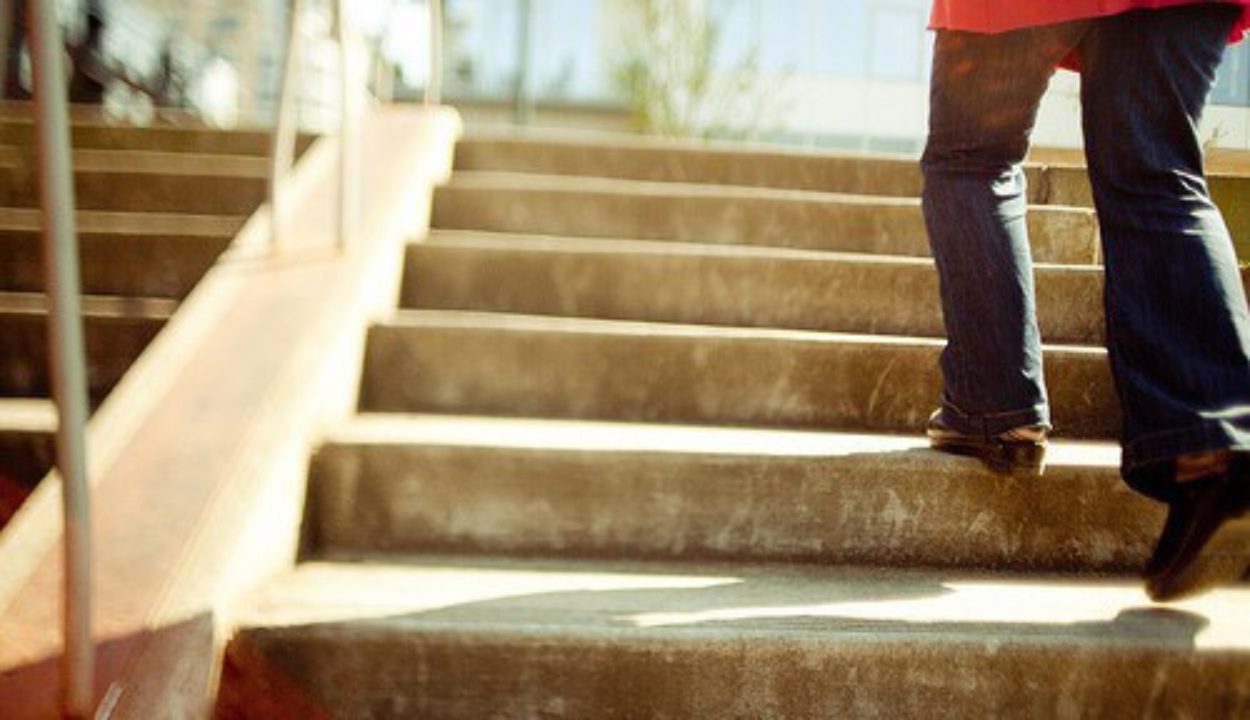 Something like seven or eight years ago, with New Year’s Eve just around the corner, I decided to forgo the typical list of grandiose resolutions (Exercise for an hour every day! Don’t ever let dirty dishes pile in the sink!)and instead set one single, small, and very unexciting goal for the coming year: Floss my teeth every single night, no exceptions.To this day, it’s the only New Year’s resolution I’ve ever kept. This may have been partly due to the nature of the resolution (once I saw what a difference it made, I was too grossed out to think about going back to my occasional flossing ways), but, beyond that, I believe it may have stuck because the goal was simple and realistically attainable.
It’s easy to look at the blank slate of the New Year and want to dive in with gusto, making sweeping changes in our lives. But if you’re making a health-related resolution, know that sometimes smaller is better—and it might make it more likely that you’ll actually stick to that resolution. For example, if weight loss is your goal, research has shown that a loss of just five to 10 percent of your starting weight can greatly improve your health (even if your total weight loss goal is more).

As we move through these first few weeks of 2012, here are some ideas for small change, big impact resolutions you can incorporate into your life for big steps toward a happier, healthier you.

Walk more. The Surgeon General recommends that Americans accumulate 30 minutes of moderate activity most days of the week. An easy way to squeeze that in? Take a walk. To start small: Adopt a new routine, whether its a daily lunchtime cruise around the block, a post-dinner walk through your neighborhood, or resolving to keep your car parked while running errands in a walkable area. Breathe in the fresh air and be present to your surroundings. To go bigger: Invest in a pedometer to track your steps, and aim to build up to 10,000 steps a day—the amount recommended by some health advocacy groups to stay healthy.

Increase your organic food budget. Organic produce tends to cost more than conventionally produced foods, but they’re worth the investment: Not only have pesticides been linked to cancer in humans, they can cause significant damage to wildlife and upset the balance of the ecosystem. To start small: Pledge to at least avoid the “dirty dozen” (foods likely to have the most pesticide residue on them): apples, celery, strawberries, peaches, spinach, nectarines (imported), grapes (imported), sweet bell peppers, potatoes, blueberries, lettuce, kale/collard greens. To go bigger: If you already shop for organic produce, consider upping your budget to include organic grains and dairy (which can be higher in essential fatty acids than conventional dairy). Bonus points for seeking organic produce, dairy, or grains farmed locally, which cuts down on your diet’s carbon footprint and keeps pesticides out of your region’s land and waterways.

Add a “meatless” day (or a few) to your week. If you’re a proponent of the “Meatless Monday” movement, then you already know that reducing your meat consumption by just one day a week can reduce your risk of developing cancer, Type 2 diabetes, and heart disease, and simultaneously slash your carbon footprint. (Get this: A single pound of beef requires an estimated 1,800 to 2,500 gallons of water to produce.) To start small: Join the Meatless Monday movement by pledging to follow a vegetarian diet at least once a week. To go bigger: Already meatless one day a week? Add an extra meatless day or two, or go totally veg. If you’re vegetarian, how about … “vegan Monday”?

Adopt a better sleep routine. According to the National Sleep Foundation, adults need seven to nine hours of sleep every night. Consistently getting less sleep than needed can lead to weight gain, altered immune function, hypertension, and irritability, among other health issues. To start small: Vow to set and keep to a regular sleep/wake schedule—even on the weekends—that will allow for seven to nine hours of sleep. To go bigger: Take the TV out of the bedroom, make sure the room is very dark (even a small amount of ambient light can disrupt sleep patterns), and avoid caffeine and alcohol in the evening. Consider creating a bedtime “ritual” by doing something relaxing (taking a hot shower or bath, listening to music, reading, writing in a journal) rather than something stimulating (watching an intense movie, eating or drinking late, working out) right before bed.

Spend a few minutes every day just breathing. Increasingly, research is telling us that there are great benefits to reducing the amount of stress in our lives. Stress kicks our sympathetic nervous system into high-gear, increasing the risk for heart disease and stroke, while also taxing our immune system, leaving us at greater risk for illness. To start small: Set aside a few minutes at a specific time each day—in the morning, at lunch time, or before bed—to just close your eyes, be present, and focus on your breath. To go bigger: Consider adopting a regular meditation practice, with a goal of sticking to it for at least two months; a recent study found that just eight weeks of meditation can change the structure of your brain, decreasing gray matter in the brain’s stress centers and increasing gray matter in the regions associated with learning, memory, and compassion.