An Open Letter to the Occupiers from a Veteran Troublemaker 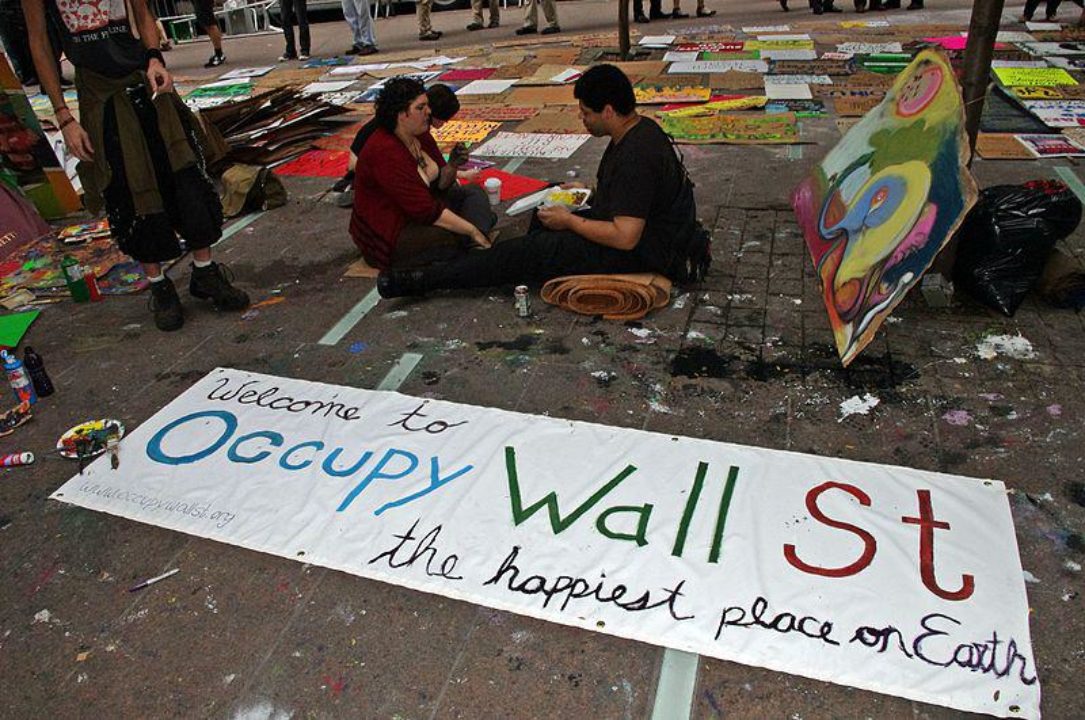 Editor’s note: Last week, bestselling author, theologian, and speaker Rev. Jim Wallis paid a visit to Occupy Wall Street. There, he spoke with protesters and addressed the role of religion in their movement. After his visit, he said, “When they (the protesters) stand with the poor, they stand with Jesus”—a comment that sparked some controversy in Christian circles. The following letter was originally posted on his blog.

You have awakened the sleeping giant, too long dormant, but ever present, deep in the American democratic spirit. You have given voice and space to the unspoken feelings of countless others about something that has gone terribly wrong in our society. And you have sparked a flame from the embers of both frustration and hope that have been building, steadily, in the hearts of so many of us for quite some time.

Throughout history, often it has been left to the youth of a society to do that, and you boldly have stepped into the role of the emerging generation, which sometimes means saying and doing what others only think. You have articulated, loudly and clearly, the internal monologue of a nation.

Some of you have told me that you expected only to foment a short-lived protest and that you were as surprised by this “movement” as anyone else. Try to listen and learn from those whose feelings and participation you are evoking by encouraging more reflection than certainty.

While there are some among us who may misunderstand your motives and message, know that you are an inspiration to many more.

One of you told me in New York City last week, “This is not a protest, but a think tank.” Another of your compatriots wanted me to understand that you are trying to build something in Liberty Square that you aspire to create for our global village—a more cooperative society.

Most telling to me was the answer to the first question I asked of the first person I talked to at the Wall Street demonstrations. I inquired of one of the non-leaders who helped lead the first days of Occupation as to what most drew him to get involved in the demonstration and he replied, “I want to have children someday, and this is becoming a world not good for children.”

My 13- and 8-year-old boys came to mind when I heard his answer, and I felt thankful. It is precisely those deepest, most authentic feelings and motivations that should preoccupy you, rather than how best to form and communicate superficial political rhetoric.

You are raising very basic questions about an economy that has become increasingly unfair, unstable, unsustainable, and unhappy for a growing number of people. Those same questions are being asked by many others at the bottom, the middle, and even some at the top of the economic pecking order.

There are ethics to be named here, and the transition from the pseudo-ethic of endless growth to the moral ethics of sustainability is a conversation occurring even now in our nation’s business schools (if, perhaps, secreted inside the official curriculum.)

Keep pressing those values questions because they will move people more than a set of demands or policy suggestions. Those can and must come later.

And try not to demonize those you view as opponents, as good people can get trapped in bad systems and we’ve seen a lot of that. Still, you are right for saying that we all must be held accountable—both systems and the individuals within them. It is imperative that we hear that message right now.

The new safe spaces you have created to ask fundamental questions, now in hundreds of locations around the country and the world, are helping to carve out fresh societal space to examine ourselves—who we are, what we value most and where we want to go from here.

Instead of simply attacking the establishment “economists,” you can become the citizen economists, like the young economics major I met at the Wall Street occupation who discussed with me new approaches for society’s investment and innovation. We desperately need new vision like hers to come up with alternative ways of performing essential functions.

Keep asking what a just economy should look like and who it should be for. They are noble questions. But you’d do well to avoid Utopian dreaming about things that will never happen. Look instead at how we could do  things differently, more responsibly, more equitably and yes, more democratically.

Don’t be afraid to get practical and specific about how we can and must do things better than we have in recent years. One of our best moral economists, Amartya Sen, says that “being against the market is like being against conversation. It’s a form of exchange.” You have begun such a conversation about what markets could and should be. Keep talking.

Even in forums where business and political leaders meet, they too are asking those questions and using terms like “a moral economy” as a way to interrogate our present and failed practices. I’ve been in such a gathering this week—just days apart from visiting yours —where the participants slept on featherbedding in five star hotels rather than in pup tents on the sidewalk. And yet, surprisingly, they were asking many of the same questions  you are.

Keep driving both the moral and practical questions about the economics of our local and global households, for that is what the discipline was supposed to be about in the first place.

I know you believe that the leadership on Wall Street, and Constitution and Pennsylvania avenues have all failed you. Indeed, they have failed us all. But while you feel betrayed by both our business and political leaders, don’t give up on leadership per se.

We need innovative leadership now more than ever. And you are providing some of it.

Think of stewards rather than masters of the universe as the model for leadership.

And remember, non-violence is not just a critical tactic but a necessary commitment to moral and civil discourse that can awaken the best in all of us. There is much to be angry about, but channeling that energy into creative, non-violent action is the only way to prevent dangerous cynicism and nihilism that also can be a human response to the injustice and marginalization many people now feel.

The anarchism of anger has never produced the change that the discipline and constructive program of non-violent movements has done again and again.

I remember what it feels like to see your movement as a lead story on the evening news every night, and the adrenalin rush that being able to muster 10,000 people in two hours time to march in protest against injustice and inhumanity can bring. I was in your shoes 40 years ago as a student leading demonstrations against the Vietnam War, racism and nuclear proliferation.

I would advise you to cultivate humility more than overconfidence or self indulgence. This really is not about you. It’s about the marginalized masses, the signs of the times, and the profound yearning for lasting change. Take that larger narrative more seriously than you take yourselves.

Finally, do not let go of your hope. Popular movements are the only force that truly brings about change in society. The established order is never as secure and impervious to change as those who preside over it believe it to be.

Remember that re-action is never as powerful as re-construction. And whatever you may think of organized religion, please keep in mind that change requires spiritual as well as political resources, and that invariably any new economy will be accompanied by a new (or very old) spirituality.

So I will say, may God bless you and keep you.

May God be gracious to you and give you—and all of us—peace.

About the author: Jim Wallis is the author of Rediscovering Values: A Guide for Economic and Moral Recovery, and CEO of Sojourners. He blogs at godspolitics.com. Follow Jim on Twitter @JimWallis.

Trade your expectation for appreciation and the world changes instantly.