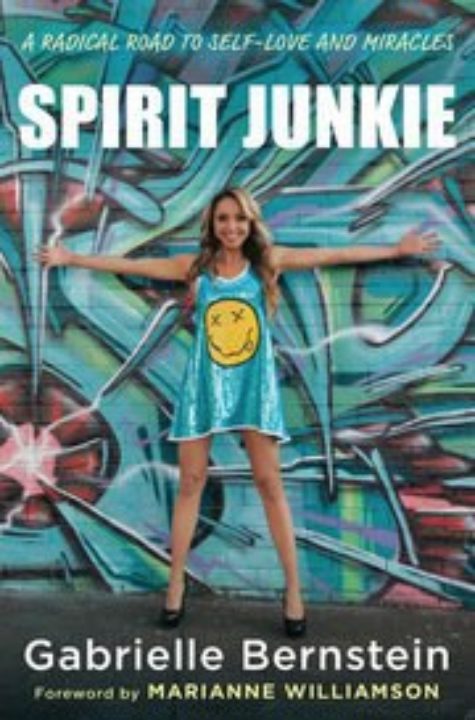 The Huffington Post called her a “Zen bombshell” and “the Dalai Lama for the Gossip Girl set.” Marianne Williamson, who contributed the foreword to Spirit Junkie, said that 30-something author Gabrielle Bernstein is rapidly becoming a “young Marianne Williamson” to Gen-Y seekers who appreciate her candid and lively approach to spirituality. In this, her latest book, Bernstein shares the story of how she went from her former life as a new York city publicist and party girl, filled with self-doubt and plagued by addictions, to her new life as a motivational speaker, life coach, author, and “spiritual big sister” to younger women across the nation.

What turned Bernstein’s life around was her encounter with the metaphysical text A Course in Miracles, which helped her see how her mind’s habitual thought patterns were keeping her imprisoned in fear and self-destructive behaviors. From her inability to keep the heartbreak of being “dumped” by a high school boyfriend from carrying over into all her subsequent relationships, to her addiction to drugs, food, and work, Bernstein shares how she was filled with despair and self-loathing until the Course helped her come to know that spirit “has her back.” She now lives a life that she describes as “beyond her wildest dreams” and assures readers that such a life is available to us all.

Bernstein is not a detached and aloof enlightened master. “I still love bright high heels, soy-milk lattés, and tight jeans that make my butt look good,” she says. Her book gives an intimate and revealing look at how her mind and her life were transformed: relationship issues, loneliness, career, self-image—all were changed by connecting with spirit. Bernstein shows that she knows what matters to young women today, and with nearly 20,000 Twitter followers, more than 11,000 Facebook friends and fans, and more than 30,000 signed up for her weekly video blog, it’s obvious that she also knows very well how to reach them and touch their hearts.