If the the bishops and the Pope really want to alleviate the shortage of priests, they need to open the priesthood to women.

Catholic priests are in short supply, especially in Latin America’s Amazon region. To make up the shortfall, some bishops are pressuring Pope Francis to allow married men to join the priesthood. The Pope, however, refuses to break the tradition of unmarried celibate priests. While no one cares what a rabbi thinks about this Catholic issue, I still want to voice my agreement with Pope Francis. The Church doesn’t need married priests. (Though being married and being celibate are not necessarily mutually exclusive.)

Over the years, I have made friends with more than a few Catholic priests, and while I wouldn’t want to opt of marriage myself, I admit to finding the idea professionally intriguing. Throughout my 20 years as a congregational rabbi, I was constantly juggling my commitment to my family and my commitment to my community. I was on call 24/7 and I missed countless family gatherings because I placed the welfare of my congregants above the needs of my family. This was the job. At least as I understood it. So, when my Catholic priest friends could devote time to their flock without the guilt and stress of family obligations, I admit to being jealous. This is what my friend Barbara Brown Taylor calls holy envy.(Click here to listen to Rabbi Rami talking with Barbara about her book, Holy Envy.)

But this isn’t the only or even the major reason I support Pope Francis’ rejection of married priests. My main reason is that married male priests doesn’t address the real need of the Catholic Church, and makes doing so all the more unlikely. What is the real need? Unmarried women priests.

Rather than shatter the tradition of unmarried celibate priests and allow married men to become Catholic priests, the Pope should welcome celibate women to the priesthood.

As I understand it, the reason the Catholic priesthood is restricted to men is that this is what Jesus intended by restricting his apostles to men. Or did he? While the canonical Gospels speak of “the twelve” as men, it was the women who accompanied Jesus who seem to be Jesus’ wiser disciples. And it was a woman who anoints Jesus and in so doing makes him the messiah (Mark 14:3). Given that the Hebrew word mashiah means “the anointed,” it was this unnamed woman who made Jesus the Christ. And in the Gospel of Philip we learn that Jesus loved Mary Magdalene more than any of his other disciples and taught her things he didn’t teach the men.

There is no reason, other than patriarchal bias, that precludes women from being Catholic priests. If the bishops and the Pope really want to alleviate the shortage of priests, open the priesthood to women. 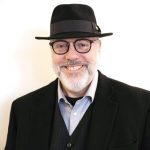