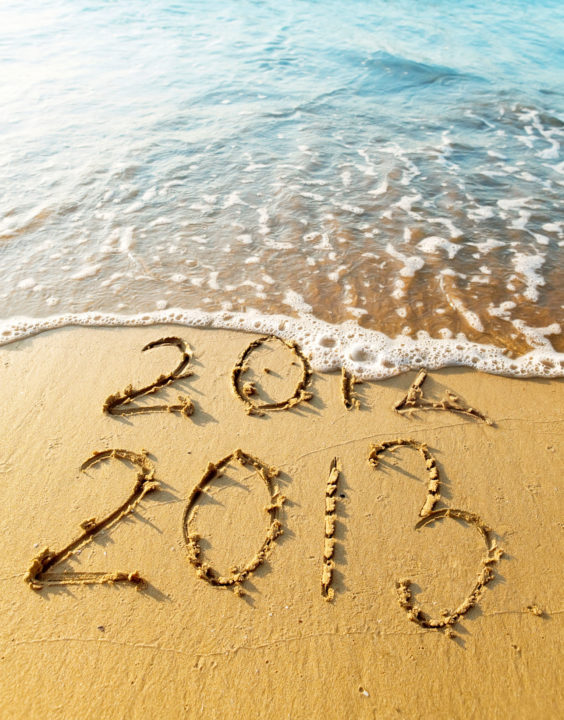 Well, folks, we’ve almost made it through 2012. The end is nigh. As someone with absolutely no authority or ability to predict the future, I’m here to tell you that it’s absolutely true, the world as we know it is certainly coming to an end on December 21st.
And hallelujah! Our darkest day is coming. The Mayan Calendar completes its cycle and will need to be replaced along with our yearly wall calendars; astrologers tell us Saturn will enter into Scorpio; Chinese astrology welcomes the Year of the Snake; and yogic wisdom indicates that we will shift out of the stronghold of Manipura Chakra, the energetic center of power, ego, and competition, and into Anahata Chakra, the energetic heart of community and sharing love and knowledge. Patriarchy doesn’t stand a chance.
Our apocalypse will not, however, start with a bang. The skies will not open, the earth will not collapse beneath our feet. The stars and planets will stay put. December 22nd heralds a subtle new reality. The culmination of these shifting energies may feel like the discomfort of a snake shedding his skin.
The end of the world has been happening for decades, actually. We can clearly see the changes in global consciousness over the past few decades. 1962 was the official beginning of the Age of Aquarius, according to astrologer Gahl Sasson, who writes:

Since that time we have been experiencing a profound downloading of many different mystical traditions that before were considered secret, occult or off limits. Think about the emergence of Yoga, Kabbalah, Sufism, Tantra, Tibetan Buddhism, Shaolin Kong Fu and many other systems of consciousness that are available for everyone to practice. This systems have been empowering all of humanity without segregation of gender, religion, age or class. These doctrines are the tools we need to make the leap into the next stage of evolution.

Say what you will about Facebook, but social media has been integral in creating a world where the community decides who to trust. Word of mouth is more powerful than it has ever been, news and reputation travel fast, and knowledge is literally at our keyboard and smartphone fingertips. As Eric Stoneberg likes to say, the “Age of the Guru” is over! Knowledge is no longer protected by a chosen few, and ancient secrets are being offered to the larger intelligence of the community as a whole. Minority voices are more audible than they have ever been before, and we are listening.

At the end of the day (pun intended), it doesn’t matter whether you believe in astrology, ancient mystic wisdom, or anyone else who tells you that Revelations is upon us. The real question is: Do you want the world as we know it to end? Are you ready to let go of what’s been holding you back and make space for what’s next?
Total annihilation is, after all, a really juicy metaphor. The person you are today is made up of all the stories you have told about yourself up to this point, all the experiences that you’ve had that your brain has decided to be important. We so often forget that we are the ones with the choice to hold tight to these old stories or to be willing to write “THE END” and close the book at last.
Now is the time to learn to let go of all our old grudges and destructive patterns, make peace with the mistakes we’ve made, acknowledge all we’ve learned and all the good we’ve done, remember, forgive, and forget. Now is the time to leave our snakeskins behind.
I encourage you to welcome the "solstice armageddon." As the nights get darker, we are dreaming more and old memories are seeping up from our bones, asking to be finally let free. The dark winter is the time to prepare ourselves for the light of day. What do we want to be revealed?
The solstice is a night rich with symbolism. A long time ago, the pagan religions would celebrate on the darkest night and welcome the new light of the next day, even while it was just the tiniest sliver. Regardless of what religion you are a part of, we all experience the solstice. We can choose, together, to embrace the apocalypse and shed our old skins together. The light of the next morning can be a celebration of who you want to be on December 22nd and into 2013 and the rest of your life.
Here are some solstice practices you can try:
Sit in the dark and in the quiet for five to 10 minutes, in meditation or lying down. Think of all the things you are ready to let go of, all the stories you tell about yourself that you are ready to stop telling. Write them all down on a piece of paper, end each one with “THE END” and then burn them (safely, of course!).
Turn on the lights or light a candle and write down your biggest hopes and dreams for the year ahead and beyond. Tell them to another human you love, and stick them up on your fridge or somewhere you can see them.
On the night of the solstice itself, celebrate the meeting of the darkness and light with your community. Have a party, be with people you love, light candles, eat good food, and drink sweet nectars. Talk to your people, tell them what stories are ending for you, and what fantasies you hope to create in the future. Hold nothing back—the age of secret knowledge and authority is over. After all, the end of the world as we know it is not about you or me. It’s about us. 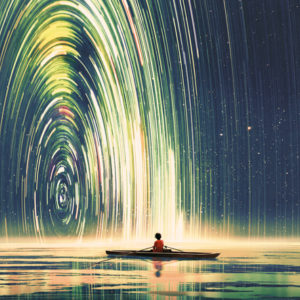 Winter Solstice and a New Moon: A Time for Stillness 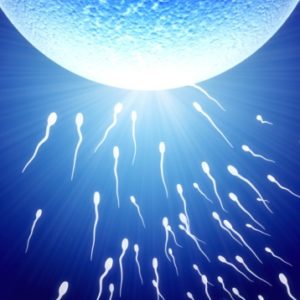 The Art of Receiving 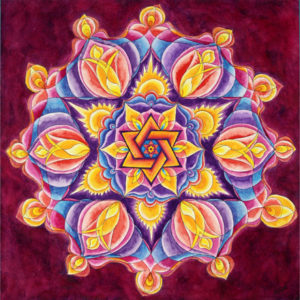 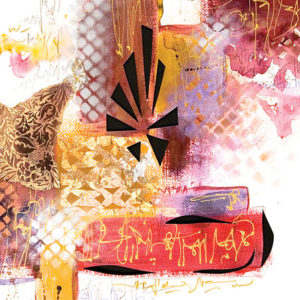 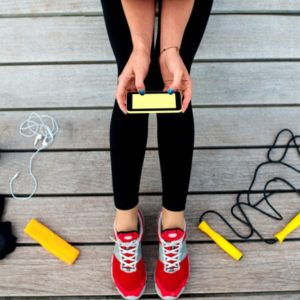 Our Top 10 Apps for Health & Wellness 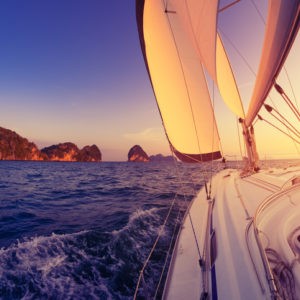 Six Steps to Get into Flow 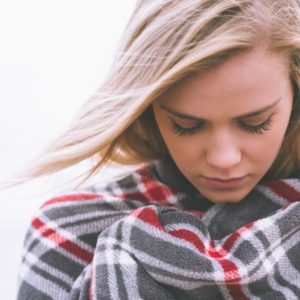 15 Affirmations for When You’re Stuck in a Rut 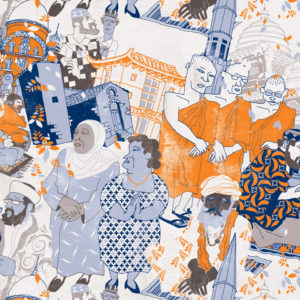