Yoga, Transformation, Silence, and Why I'm Just Like Gandhi 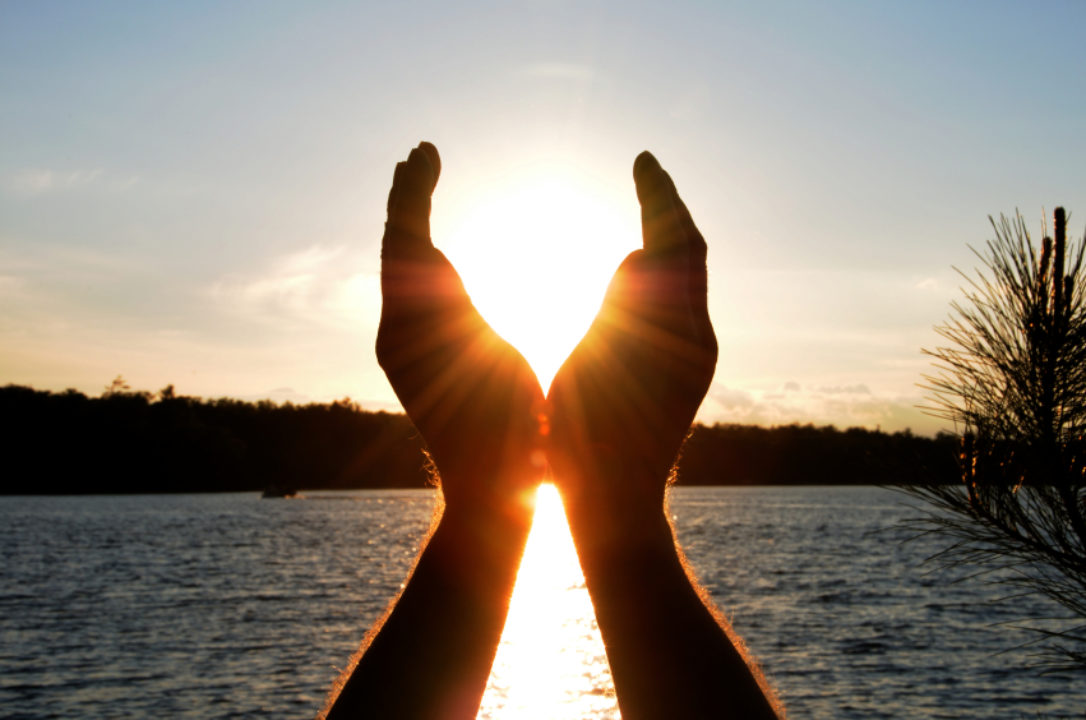 When famous yogi and author Yogananda visits Gandhi in his memoir Autobiography of a Yogi, it happens to be Monday, Gandhi’s weekly day of silence. “Years ago,” the great master explained the next day, “I started my weekly observance of a day of silence as a means for gaining time to look after my correspondence. But now those 24 hours have become a vital spiritual need. A periodical decree of silence is not a torture but a blessing.”

See, in my life, I talk a lot. I am a full-time yoga teacher as well as a spoken word poet. I teach workshops, both about writing and yoga (and sometimes both), and if you get a couple of glasses of wine in me, I will tell you all my opinions about life. All of them.

So maybe it’s not a surprise that I’ve had two bouts of strep throat this summer. My throat is raw from talking. According to yoga philosophy, when throat pain and voice issues show up in the body, it’s usually a signal that there is a blockage in Vishuddha chakra, the energy center located in the throat, neck, and jaw, and has everything to do with speaking your truth. Or, you know, not doing that.

It’s hard to know what your truth is, though, if you are so busy talking all the damn time that you can’t figure it out. Constantly chattering, filling up dead space with small talk, analyzing, judging—all this prevents you from actually listening.

So last Sunday, I spent 24 hours in silence. Not a word—I stayed home (except for a lovely silent acupuncture session with the compassionate acupunks at Poke), ate food, watched Roswell, read my tarot about seven times, wrote, wrote, wrote, and otherwise indulged shamelessly in time with myself.

For me, this was less something I had to do, and more about deep, delicious self-indulgence. Just like Gandhi. Right?

Vishuddha in Sanskrit means “purification.” To me, that’s all about burning away all the stuff that’s not really you, all the masks, all the crap, and being brave enough to become yourself the way you are meant to be. Those blockages in the voice and throat are sometimes there because there is a truth in the heart or the guts that is being shut down by the overly controlling brain because that truth is not convenient or easy, or, terrifyingly, means something might have to change.

But there is a danger in staying “convenient.” Ana Forrest writes it like this (in her new book Fierce Medicine): “If we put our little masked self out there, the horror is that other people might accept and end up making love to it, while we starve and die of neglect behind it.”

I wanted to give myself a chance to process all the stuff that’s been going on in my life, to sit with it on my own for 24 hours, live in some white space, and be honest with myself regardless of what anyone else thinks, and just let the answers come.

Of course, I didn’t really get any.

But that’s okay. I’m still working on this. When a caterpillar comes out of its chrysalis, the first thing it thinks is probably not, “At last! I have achieved my ultimate goal of becoming a beautiful butterfly!” It probably heaves its wet wings around for a while with no idea what they are for, thinking “what the sh*t is this?”

But once it gets used to its wings, I doubt it yearns to be a caterpillar again. Maybe it doesn’t even remember, because it’s too busy flying and being really beautiful.

So I want to be like that. And like Gandhi. In a way that’s nothing less than true for who I am becoming. And I think it’s okay that I have no idea who that is. If I shut up and listen every now and then, I might be lucky enough to just become it.

Noise
Is a cruel ruler

Who is always imposing
Curfews,

While
Stillness and quiet
Break open the vintage
Bottles,
Awake the real
Band.

~ Hafiz, as translated by Daniel Ladinsky