Finding Unity During the Holiday 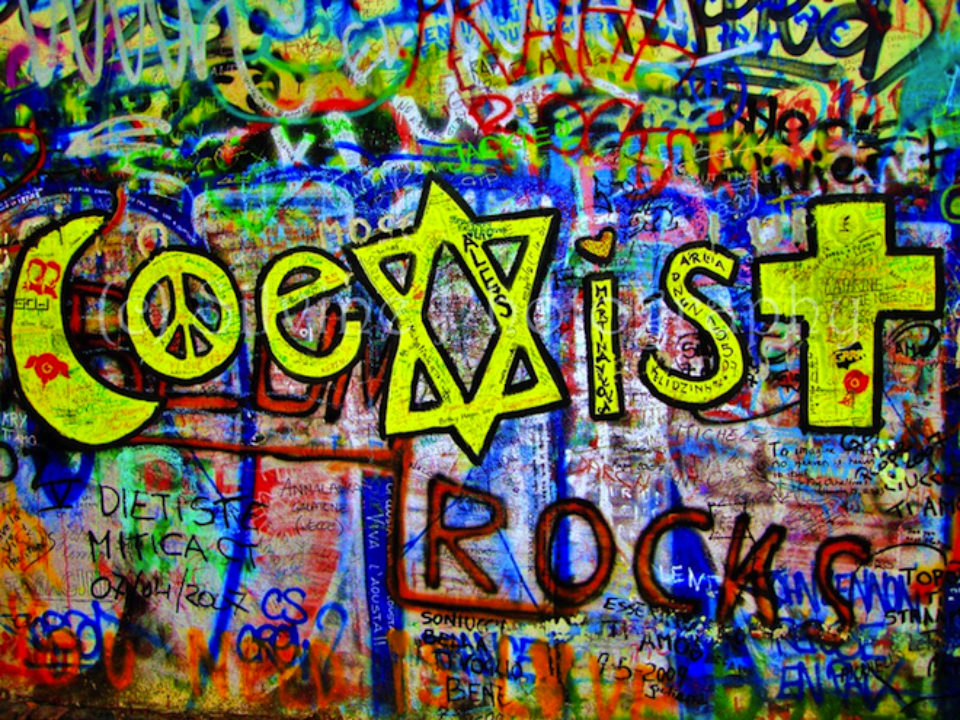 When I was little, I believed in Santa Claus. It was part of my family’s annual Christmas ritual. Each year, the day after Thanksgiving, dad climbed into the attic and pulled down dozens of black plastic bags filled with recycled holiday decorations. There were bags of wrapping paper and tinsel, strings of indoor and outdoor lights in all colors, a jolly white styrofoam Santa head and stockings, and old faithful: an artificial tree made of forest-green PVC. It had about twenty different parts and took forever to put together. But once it was up and decorated, it always made me feel merry.

The pièce-de-résistance was a plastic plug-in nativity scene featuring Mary, Joseph and the three wise men huddled over a fold-up wooden cradle with an eight inch, two pound, blond, white baby Jesus.  Boy, that baby was cute. Especially when you lit him up. He looked like a younger version of the blue-eyed “Jesus” we all prayed to on Christmas day—and every other Sunday--at our all-black A.M.E. (African Methodist Episcopal) church growing up.

Though we always celebrated a traditional American Christmas, including near idol-worship of good old Saint Nick, for many African-Americans, the customs of the season fail to reflect their rich ancestral heritage. Historically, this lineage embodies an indigenous language, religion and rituals that were systematically suppressed or obliterated during the forced middle passage into slavery. As a result, many African-Americans opt to celebrate other traditions, including Kwanzaa, during the holidays.

Kwanzaa, which comes from the Swahili phrase “Matunda ya kwanzaa,” or “first fruits”, is a 5-day celebration spanning from December 26 through January 1st. Kwanzaa was created by Dr. Maulana Karenga in 1966 after the notorious riots in L.A.’s Watts neighborhood in 1965. At the time, Dr. Karenga was a professor and the chairman of the Black Studies department at California State University, Long Beach. He established Kwanzaa to provide a community for African-Americans living in the United States, to heal emotional trauma from the riots and societal “isms” that prompted them, and to create a positive, life-affirming tradition from which people of color could draw the strength to carry on.

Although every family celebrates Kwanzaa in their own unique way, its basic principles include the use of a Kinara, or candle-holder, with seven candles: 3 red, 3 green and 1 black candle in the center. Each night, a different candle is lit corresponding to a different day of Kwanzaa, and an affirmative prayer is offered denoting seven values that build community, spirit and abundance in African-American culture:

In addition to lighting candles and prayer, the celebration includes song, dance, drumming, storytelling, poetry reading, and a large Karamu, or African feast on the last night of Kwanzaa, December 31st.  Meaningful gifts are also given on this day to encourage growth, success and improvement.  According to tradition, accepting the gift implies a moral obligation to fulfill the promises made during Kwanzaa week.

Despite the value of Kwanzaa, I am one of many Black Americans who never celebrate it. As far back as I can remember, I was taught to believe that being a Christian meant exclusively worshipping Jesus as my personal Lord and savior. Though I always had a natural curiosity about other cultures and religions, I believed being open to other faiths, religions and spiritual practices was blasphemous if not morally dangerous. As such, I steered clear of anything too “different” from traditional Christianity—including Kwanzaa.

It wasn’t until I moved to Hollywood to work in the TV business that I mustered the courage to be creative, test my spiritual beliefs and explore the highest truths of all religions. I started with yoga, then studied everything from evangelical Christianity to Science of Mind, Buddhism, Kabbalah and even Scientology. Though each religion employed a unique cultural approach to finding God, each taught different aspects of the same Universal truth: we are spiritual beings having a physical experience on Earth; we are all one; and what goes around, comes around. In sum, the very essence of Christ’s highest teachings.

Later, after meeting my husband Michael, we joined the Self-Realization Fellowship. SRF was founded by Paramahansa Yogananda, an Indian saint who came to the West in 1920 to teach the unity of all religions, as well as scientific meditation techniques for attaining direct personal experience of God. Today, as an SRF devotee, I follow a line of great gurus, including Jesus Christ and Krishna, all of whom teach that how I show up in the world each day is far more important than which church I attend on Sundays.

This holiday season, in the Spirit of unity—Umoja—I’m thinking about celebrating Kwanzaa for the first time. But I’ll have to do it my way. Perhaps I’ll light a candle every day. Perhaps I won’t. Maybe I’ll even call it Kwanz-mas. But I’m not giving up Santa. 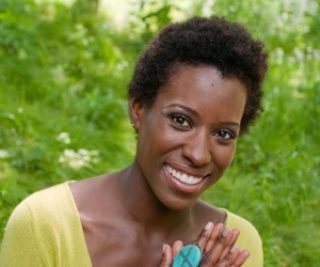