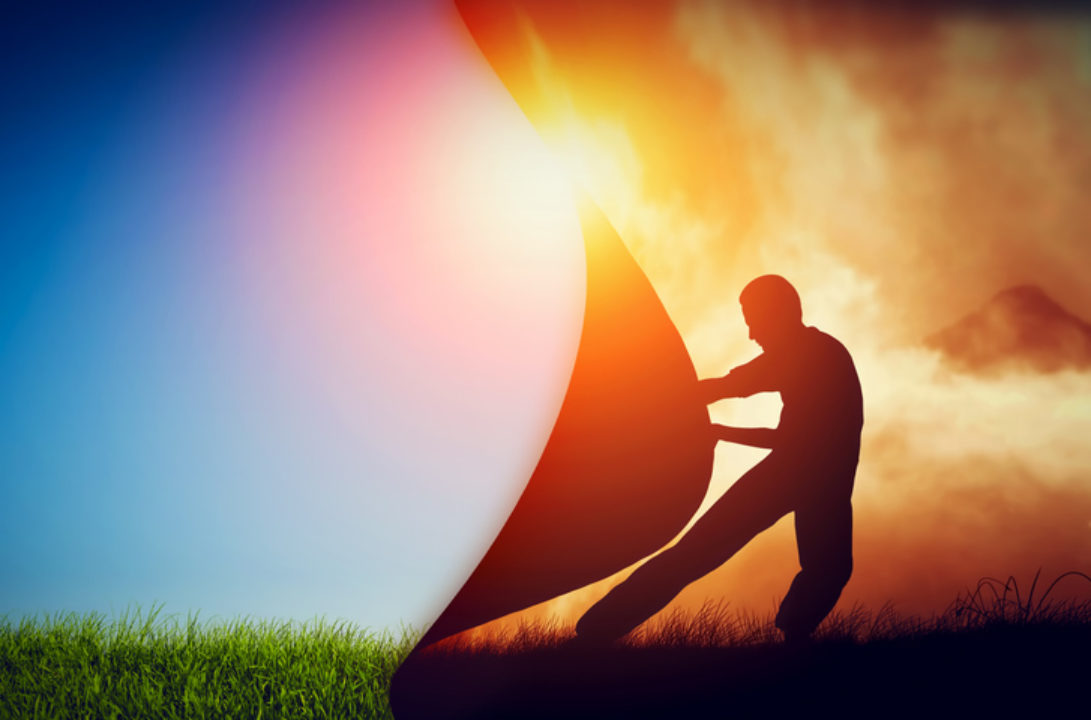 Everyone on a spiritual path knows one of the challenges is to navigate paradox and ambiguity. This is inevitable because creation itself is paradoxical and ambiguous.

Subatomic particles behave like both waves and solid objects. Our planet remains in a stable orbit because the opposing forces of attraction and repulsion are perfectly balanced. The Divine—whatever you choose to call He/She/It—is beyond form and also contained within form; transcendent and also immanent; One and also many.

And we human beings are insignificant specks on the infinite body of space and time—and noble beings created in the Almighty’s image. Each of us is separate and unique, and also inexorably and inseparably linked. We are material forms and also pure spirit, localized and also infinite.

One way we experience the paradoxical nature of the spiritual path is in the tension between independence and dependence. Our paths are our own, each as unique as a snowflake or a grain of sand. We are the captains of our own spiritual ships—and at the same time, we need others. We need teachers, guides, and mentors; organizations, institutions, and informal groups; trusted companions. We’re alone and yet together.

We experience paradox also when we come to decision points and forks in the road. For example, we are urged to identify with our Divine nature—the essential Self at the core of our being—and to realize we are not just our bodies, our personalities, or the social roles we take on. At the same time, we are taught to treat the body as sacred, to play our roles with integrity, and to take stock of our personalities and upgrade our character.

We are also given seemingly contradictory guidance about life in the material world. Live simply and reject materialism, we are told; and we are also told that prosperity is a blessing and abundance is our sacred birthright. We are urged by many sages to disconnect from the world, to favor the realm of spirit and inner exploration over that of achievement and sensory pleasures.

At the same time, we are urged to build strong communities and to be useful citizens; to serve others and do our best to make the world a better place. So, renounce worldly life on the one hand, and relish and rejoice in it on the other. Escape it … and embrace it. This is the balancing act captured in the powerful but enigmatic adage “Be in the world but not of it.”

And now Americans on the razor’s edge of the spiritual path are also confronting the troublesome paradoxes of our nation’s history and our responsibilities as citizens.

A few weeks ago, on our annual Independence Day, we were once again inspired by the timeless declarations of freedom and equality drafted by the brilliant, brave, revolutionaries we call the Founders. We were also reminded, vividly, that some of those revered luminaries owned plantations whose products and profits depended on the unpaid labor of enslaved people—and among the enslaved was Sally Hemings, mother of as many as six of Thomas Jefferson’s children.

We are rightly proud the nation became a safe harbor and a homeland for oppressed and disadvantaged people the world over—people like my own ancestors. Those “teeming masses yearning to breathe free” rightly kissed the ground that gave them sanctuary, and many of their descendants still do.

Yet this nation of immigrants has repeatedly forgotten that unique and noble tradition and turned its back on immigrants and desperate refugees. Those of us who are grateful our ancestors found refuge in this land and were able to lay the groundwork for our own freedom and prosperity have to also accept those gains were in large part made possible by the enslavement of Africans and the subjugation and murder of indigenous people.

At this turning point in history, we also have to wrestle with other paradoxes. For example, the same America that has always been venerated throughout the world as the birthplace of democracy refuses to make it easy for people to vote and allows shady officials to invent new, creative ways to suppress the vote.

Here’s another: Our ability to overcome the worst health crisis in a century and the economic hardships it has generated depends on us negotiating the tension between our vaunted self-reliance, individuality, and independence on the one hand and, on the other, our interdependence and our civic responsibility to make small sacrifices for the collective good. (I’m looking at you, anti-maskers!)

We had the most subdued and humbling July Fourth in our history, and it came in the midst of what could very well be a national reckoning. One can only hope it inspired a more honest, nuanced appraisal of our complex past and our disquieting present.

Paradoxes can’t be reconciled by facile thinking or the selective use of facts. They have to be accepted, embraced, and abided, without what the poet John Keats called “irritable reaching after fact and reason.”

The truth is, the country is not entirely this and not entirely that. It is uniquely great in many ways and uniquely flawed in others. It’s as contradictory as the individuals who made it what it is and those who will make it what it becomes. That’s us. Let’s celebrate America the Paradoxical and do our best to nudge it closer to its ideals. 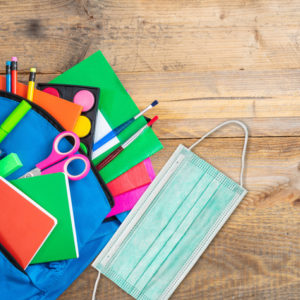 15 Calming Affirmations for Parents as School Starts in a Pandemic 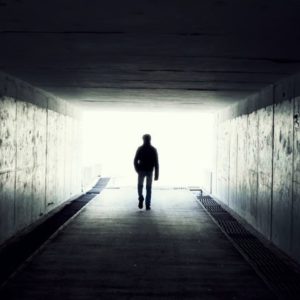 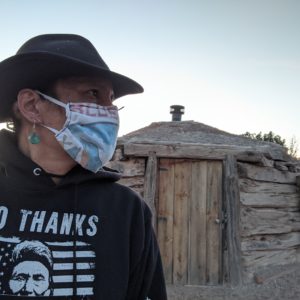 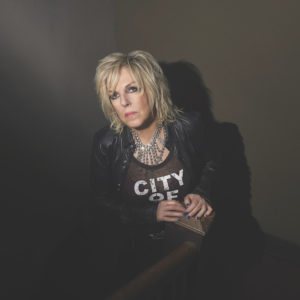