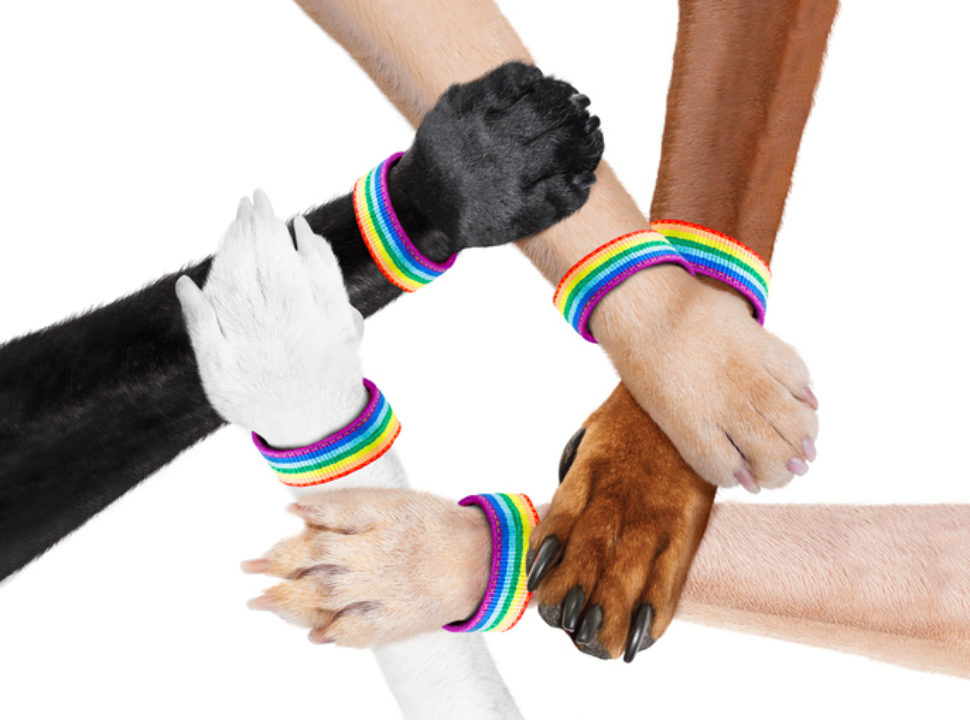 “As the 2020 Pride month wraps up, let’s bring to light the stunning diversity of life on Earth. Welcome to Animal Pride.”

“Some penguins are gay. Get over it,” read the London Zoo’s banner. Penguin couple Ronnie and Reggie were celebrated on social media around the world, while the zoo’s staff educated visitors about gender, mating, and same-sex animal pairings throughout the 2019 Pride Celebration.

Of course, gay penguins were not new. In fact, as early as 1910, an Antarctic expedition studied penguin behavior but left the same-sex activity they observed out of their published research paper.

Queer animals have been buried under centuries of cisgender, heteronormative characterizations from the scientific community who simply explained away behaviors that did not fit their own worldviews. In Queer Ecologies: Sex, Nature, Politics, Desire, educator and researcher Stacy Alaimo asserts: “The world is not only more queer than one could have imagined, but more surprisingly itself, meaning that it confounds our categories and systems of understanding.”

Yet, most of us were not exposed to this diversity in our high school biology classes. Nor were we informed how human morals, sexual roles, and stereotypes have been projected onto nonhuman beings.

Refreshingly, Alaimo notes this began to shift with the publications of Bruce Bagemihl’s Biological Exuberance: Animal Homosexuality and Natural Diversity (1999) and Joan Roughgarden’s Evolution’s Rainbow: Diversity, Gender, and Sexuality in Nature and People (2004). Curious to learn more, I worked my way through both for my “quarantine life” Pride festivities. I figured, if I can’t march on the street, I could channel my queer activism on behalf of some voices we don’t usually hear. (Or perhaps, more accurately, the clicks, chirps, honks, and huffs.)

And although I should not have been surprised how human slurs were (and are) unfairly imposed onto members of the animal kingdom, I was.

Roughgarden reveals how many female animals observed to have one male mate were categorized as faithful. In contrast, those who mated with more than one male or engaged in same-sex foreplay were labeled promiscuous. Males who copulated with multiple females were hailed as playboys just doing their work to make sure the species survived. Perhaps unsurprisingly, those that did not display warrior behavior didn’t fare well in scientific descriptions. Feminine males were described as deceivers. Further, masculine females were labeled as unattractive.

Roughgarden asserts (and I wholeheartedly agree) that our language matters: “[Animals] are happily ignorant of how they’ve been described by biologists. If they knew, they’d be mad. … Animals are not warrior robots—wind them up and all they do is lie, cheat, steal, and fight. The biology I know reveals sophisticated relationships among animals, relationships that involve honesty and cooperation as much as or more than deceit and competition.”

Evolution’s Rainbow not only exposes the gender stereotypes and biases within scientific literature, but also gives us a peek into the saucy side of animal relations. So, as the 2020 Pride month wraps up, let’s bring to light the stunning diversity of life on Earth. Welcome to Animal Pride.

The first documented scientific evidence of same-sex pairings in birds is attributed to George Hunt. After studying 1,200 pairs of gulls in the 1970s, he suggested 14% were lesbian.

For his efforts, Hunt was thanked by some humans and fiercely rejected by others. Now, over 150 species of feathered species make the list of observed same-sex behavior. (Over 1500 species if we consider the entire animal kingdom!)

Amazingly, this flexibility is triggered by changes in the social organization of the group. Bagemihl reveals more than 50 species of coral fish are capable of transsexuality.

The land animals of our Pride parade might be led by the adorable kangaroo rats of the American Southwest. Roughgarden notes an estimated 16 percent of these little hopping critters have both “sperm- and egg-related plumbing.” Then again, the spotted hyena of Tanzania might claim the lead.

All “females” of the Crocuta crocuta species also have what we might classify as boy bits and girl bits. Black bears, grizzly bears, and polar bears could claim the “I” in our LGBTQIA+ acronym―likewise, a few baboons, deer, moose, and buffalo.

Asexual Is a Different Animal

Admittedly, the term “asexual” is used differently for humans versus other animals. For humans, asexual exists on a spectrum and often describes a person’s interest level in sexual activity.

Within the animal kingdom, asexual refers to species who have figured out how to reproduce by themselves. For example, female whiptail lizards just clone themselves. (Some get a little help from their friends, mounting each other without actually bumping bits, which promotes ovulation!)

Plant Life: The + in LGBTQIA+ Is Flexistylous

For the “+” in our Pride march, meet the “flexistylous” Chinese ginger (categorized as Amomum, Zingiberaceae) who crisscrosses sex during the day. Some plants are male in the morning; some are female. Then they switch in the afternoon.

Why should we care about the sex lives and relationships of the animals around us? We’ve understood for quite some time that human sex is not just about procreation. Although we have no idea how animals might identify or classify themselves, knowing more about the lives of queer animals can help ensure we don’t impose a mechanistic, bleak, unjust view on the other beings we share this planet with. Instead, we can further extend our compassionate assertion that #loveislove. 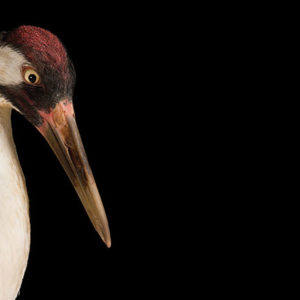 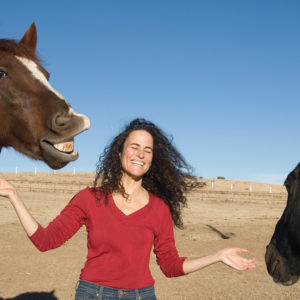 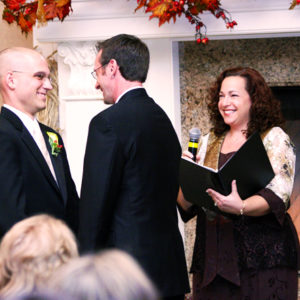 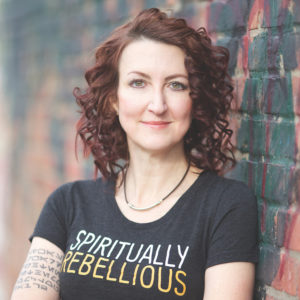