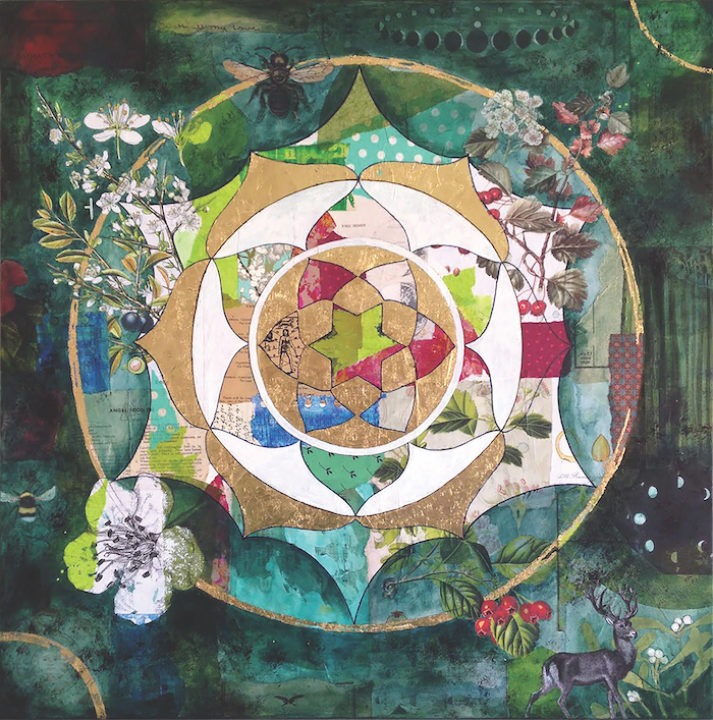 One of the founders of Earthbound Farm ignored the present-day consequences of her family’s past. Until she needed to heal.

The first time I tried to meditate was in 1993, during a visit to Tassajara—a working Zen monastery that welcomes guests during the summer months. I’d assumed that meditating would be a relaxing experience, so I was bewildered by how arduous it was. Trying to quiet my mind felt impossible, as if I’d been asked to restrain a wild animal that was desperate to escape.

I’ve always had a busy mind—constantly planning and worrying—but it shocked me that I couldn’t stay present for even one full minute. Determined to remedy this situation, I joined a local Zen group. Despite 18 years of dedicated practice, my mind never settled down.

Back then, I mistakenly blamed my restless brain on my frantic life. The tiny organic farm my husband and I started in 1984—Earthbound Farm—had become the largest grower of organic produce in the world. I rushed around full speed, juggling work and motherhood. Of course I always had something on my mind!

It’s only now, 26 years later, that I finally understand why I could never meditate. My overactive mind wasn’t just about busyness—all that mental activity was a deep-rooted avoidance mechanism, a symptom of unprocessed trauma.

I am the child of two Holocaust survivors. Growing up, my parents never talked about their past, but undercurrents of darkness and pain permeated our home. Intuitively, I understood that my job was to always be happy and never add to my parents’ suffering. Without ever knowing it, I became an expert at evasion and repression.

But there was one emotion I could never escape: fear. I never stopped anticipating the next great catastrophe.

My parents had no idea how to navigate raising teenagers in New York City. When I was 14, I went to clubs and parties with my sister any night of the week and took a wide variety of drugs. I’d become so accustomed to fear that I didn’t pay attention to it when it was trying to warn me to avoid dangerous substances or situations.

As I grew into adulthood, outwardly I seemed fine, but high anxiety always simmered just below the surface, erupting like a powerful geyser at the slightest provocation. I was especially fearful during both my pregnancies, petrified that something would go wrong. I tried traditional therapy, but the fear didn’t budge. When I became a Zen student, the philosophy soothed me temporarily, but my deep patterns never changed.

After my father, Mendek Rubin, died in 2012, something remarkable happened: I found an unfinished manuscript he had written in the 1990s—a spiritual memoir detailing his journey from darkness to light. My father had overcome decades of fear and depression to become the happiest and most peaceful person I’ve ever known, and he left me his roadmap. I had discovered buried treasure.

My father was a brilliant inventor whose innovations had helped revolutionize both the jewelry and package salads industries. When he figured out that his mind was wired for misery, he engineered ways to reprogram it. My father’s remarkable transformation proved that it’s possible to see the world with fresh eyes that no longer project past traumas, and how magnificent that can be. Wanting to share his inspiring journey with the world, I set out to complete his memoir.

While working on the book, I felt my father’s energy and tasted the peace he had discovered, but when I stopped writing, the magic wore off.

Without ever knowing it, I became an expert at evasion and repression.

It turned out that I needed something more to wake me up. It came in the form of a health crisis.

Right before I turned 50, what began as terrible nerve pain in my feet soon spread throughout my entire body. My palms burned, sometimes unbearably. I saw multiple doctors. They ruled out major diseases but were unable to give me a definitive diagnosis or offer a cure. Eventually I was referred to Dr. Josefa Rangel. She explained that she had recently apprenticed herself to Cain Carroll, a visionary master of many ancient healing traditions. Together, they were helping patients activate their innate self-healing capabilities.

Dr. Rangel—a Stanford MD—was the only medical doctor I’d ever heard of who incorporated spiritual awakening into her treatment model.

During our first appointment, Dr. Rangel asked me about myself. My instantaneous reply was, ‘I am the daughter of two Holocaust survivors.’ Then I shared my most painful life experiences, realizing that I had never fully acknowledged them as traumatic because my “trauma bar” had been set so high by the Holocaust. How could my difficulties ever compare to the horrors my parents endured?

Having always thought of myself as someone who was in touch with her emotions, I was surprised to discover that my unprocessed traumas had piled up, and that I had been ignoring my physical pain in much the same way. For decades I’d relentlessly pushed myself, disregarding numerous distress signals, such as terrible headaches, digestive issues, and backaches. In fact, I’d actually been proud that I never let my physical issues slow me down.

Finally, my body was screaming so loud that I had no choice but to stop and give it my full attention.

Cain recently told me that when we first met he could feel my lack of safety and a deep underlying hysteria about whether unthinkable things might happen to me. He sensed past violence and aggression that resulted in fear around my physical safety, and also a strong component of ancestral trauma.

He and Dr. Rangel were confident I would begin to mend once I learned how to calm my nervous system and nurture myself.

My father had overcome decades of fear and depression to become
the happiest and most peaceful person I’ve ever known, and he left me his roadmap.

There is nothing radical in this concept. Conventional medicine has long acknowledged that chronic stress will eventually wreak havoc on our bodies. Instinctual responses to traumatic events—including the release of the stress hormones cortisol and adrenaline—are meant to be temporary. When we’re stuck in the fight or flight mode for decades, the stress can contribute to many conditions, including high blood pressure, heart disease, gastrointestinal problems, weakened immune systems, headaches, diabetes, anxiety, and depression.

Unresolved trauma eventually makes itself incapable of being ignored. “In conventional medicine, such symptoms are frequently viewed as pathologies,” Cain says, “But I see them as messengers—a call for deeper healing. Once people recognize they’re avoiding the emotions surrounding the trauma and become willing to face and experience the intense discomfort, the trauma will begin to resolve, which leads to improved health at every level.”

To break my long-standing patterns of rejection, avoidance, and disconnection, Cain taught me techniques to help me stay present with whatever feelings and sensations arise. My goal is to embrace them all, no matter how uncomfortable, with gentle, loving acceptance.

Cain’s slow, body-centered awareness practices have been especially helpful. Recently, I learned how to “see with my feet,” a walking meditation that utilizes diverse surfaces— such as concrete, sand, grass, and even sharp gravel—to both ground me and challenge my reflex to immediately run away from discomfort.

As I face my own unprocessed traumas—a step my father took but I had previously skipped—I’m beginning to understand his healing journey so much better. I believe the refuge my father established within himself served a function similar to the safe, loving internal environment I’m learning to generate.

As I face my own unprocessed traumas—a step my father took but I had
previously skipped—I’m beginning to understand his healing journey so much better.

“Through self-observation,” he wrote, “the more mature, dispassionate part of me examined my conditioned self without condemnation, apology, or guilt. I created an atmosphere of self-love and forgiveness that allowed the fearful child in me to be comforted and grow strong. Over time, I began experiencing the boundless peace and joy that resides in the depth of my being—feelings no one can ever take away from me, because they are not dependent on conditions outside myself.”

Now that both my father and doctor have prescribed relaxation and self-love, I’m finally learning how to be gentle and kind to myself, and to give my body what it needs—a rest, a stretch, or a break from electronic devices. When

I put my wellbeing first, the world feels safer and more enjoyable. My fear is no longer as much of a problem, because I understand where it comes from and am able to stay present with it. When I was trying to run from fear, I could never get away.

Not only am I slowly feeling healthier, it’s also been a huge relief to discover that my most difficult patterns are not permanent fixtures. Rather, they are symptoms of repressed trauma, and I have the power to change them.

My father, who personified optimism and perseverance, wrote, “We all came to this earth to learn the lessons of love and to be happy. We must be patient. We are slow learners.”

It took me 26 years, but I’m finally able for a full minute to stay present with my breath. 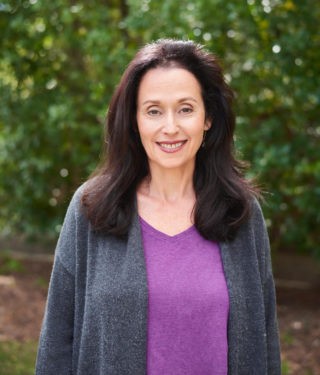 Myra Goodman is the daughter of two Holocaust survivors and co-author with her father, Mendek Rubin, of the new award-winning spiritual memoir, Quest for Eternal Sunshine—A Holocaust Survivor’s Journey from Darkness to Light. Goodman is a pioneer in the world of organic food and farming. She and her husband, Drew, founded Earthbound Farm in 1984, and she is the author of three cookbooks. 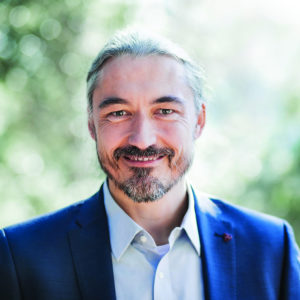 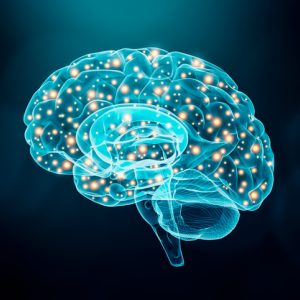 How to Use EMDR Therapy 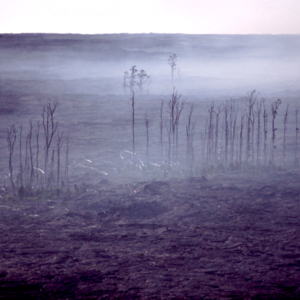 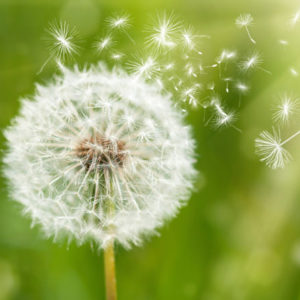 The Breath of Life and Death 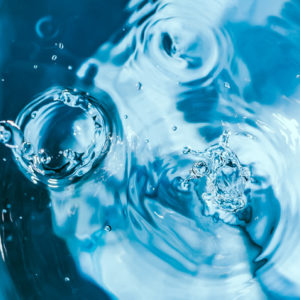 11 Ways to Raise Your Vibration With Water 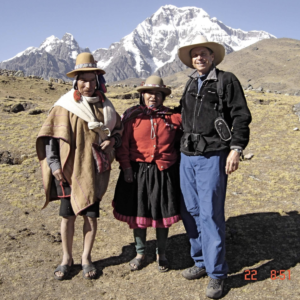 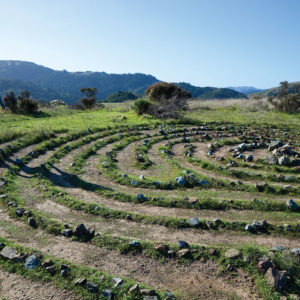