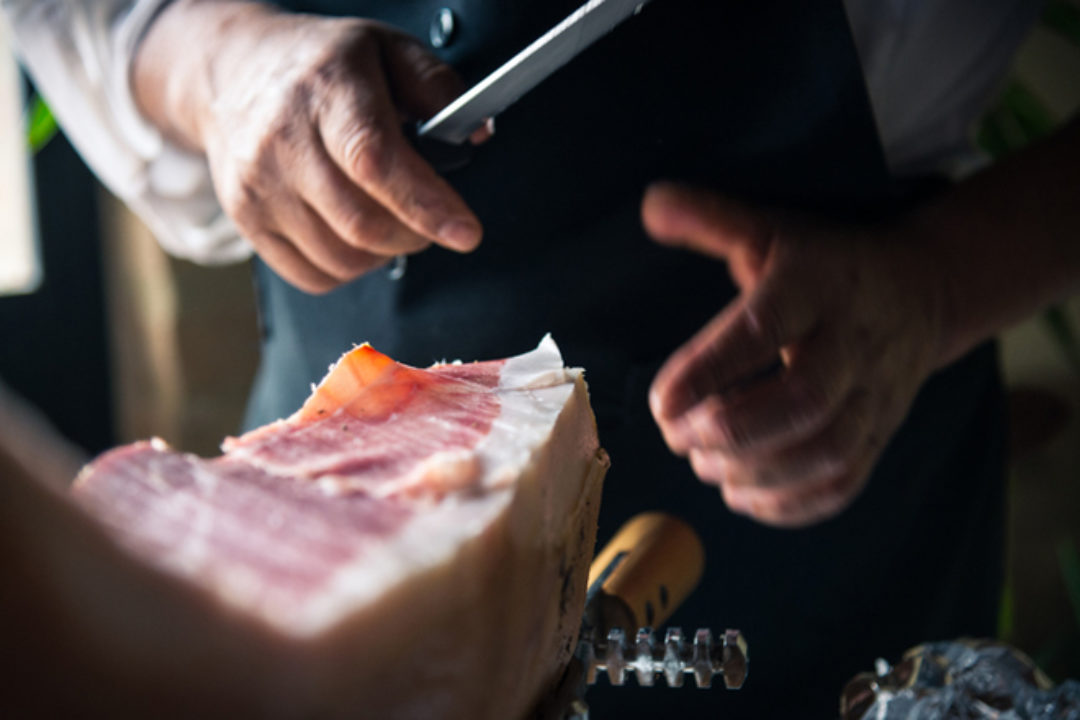 Matthew Stillman, author of Genesis Deflowered and former producer at the Food Network, didn’t set out to process hundreds of pounds of tallow (aka beef fat) in his kitchen in Harlem.

Stillman claims he arrived at his dedication to keeping ancestral knowledge of food alive through the influences of his mother, who was a macrobiotic chef. Hilary Stillman became fascinated with food after working on a Sioux Reservation in South Dakota. While living and working on the reservation she became sick and noticed the fractured relationship between people and food after only have access to white wonder bread, hamburgers and canned foods on the reservation. She became compelled to solve the rift between food and place, and went on to study at the Kushi Institute.

So Stillman’s family was introduced to eating a macrobiotic diet, which is based on finding the natural rhythms of human relationship to people, food, and their environment— while eating food that is growing in season. (This was no small task growing up in NYC in the early 70’s before the boom of the farmer’s market).

At the same time, Stillman was growing up in Wiser’s, the spiritual bookstore his father managed. “When you are studying the old ways, and you are young, you want to know how this old information is relevant in the world you are living in. I was wondering how to synthesize the wisdom of the past, and integrate it and apply this knowledge that was being lost to the world we are living in today. I also started looking at health and the ancestral movements and reclaiming our relationship to our bodies, and was intrigued that the ancestral movements got us into our bodies more.”

With an eye on the old pathways that led to reclaiming what was lost, the Paleo food movement caught Stillman’s attention as it offered a new, or rather, old way of relating to fat.

“While I was growing up fat was being demonized by our culture. But there was a long history of fat being a valuable food in cultures around the world. I became curious about how to not be afraid of fat.”

And then he stumbled upon an article about the history of tallow based skin care in Mexico that had a recipe for working with tallow (beef fat). Stillman approached a farmer who sold organic beef at his local farmers market it Union Square about how he might acquire some beef fat. The farmer explained that he had plenty of tallow, but he threw it away or burned it. He happened to have some from a fresh kill, and he offered to sell him 10 or 100 pounds for the same price.

Turns out tallow is nearly bio-identical to human skin cells which means that our skin can absorb it deeply and be nourished in a way that oily creams cant since they aren’t absorbed beneath the surface. About 50% of the structure of our cell membrane comes from saturated fats, with remaining amounts consisting of monounsaturated, and to a lesser degree, polyunsaturated fats. When your skin receives sufficient saturated and monounsaturated fats, it becomes healthy and toned for the long term. According to Nourishing Traditions, it is these saturated fats that give cell membranes the “necessary stiffness and integrity” for proper function. The benefits of grass-fed tallow are numerous. Studies have shown that its mineral and micro-nutrient profile is significantly more beneficial for your skin than that of grain-fed cows.

“This is a very old tradition. The Babylonians, Egyptians, Australian Aborigines, Inuit, Himba and Hamer tribes, and Native Americans all have tallow as part of their historical skincare routines.” Stillman explained, “Splintered bones in ancient sites like the caves at Lascaux (and many others) show that at least 20,000 years ago or so human beings were butchering animals, using all the parts and cracking open the bones of large animals.”

With 100 pounds of fat on his hand, Stillman learned how to render and clean tallow, but none of the recipes impressed him. He started experimenting, hired a professional scent designer who created wild craft oils that would specifically blend with the scent of tallow. Once he found a recipe that he truly enjoyed, he started giving batches away to friends. Turns out they were a hit, and people started saying he should go into business. Primal Derma was born, and continues to operate out of Stillman’s home in Harlem.

“If you must take the life of an animal, you should use every part of it.” Stillman said. “By using the tallow from these cows, we make good use of something that would otherwise go to waste, and are reconnecting with an ancient way of being in relationship with the whole animal. This back-to-the-land ethos also supports small farmers, taking something that would normally be discarded, and bring back the connection to ancient practices.”