The Power of Yes

At an age when most people slow down, Sandy Hill transformed into an elite athlete. 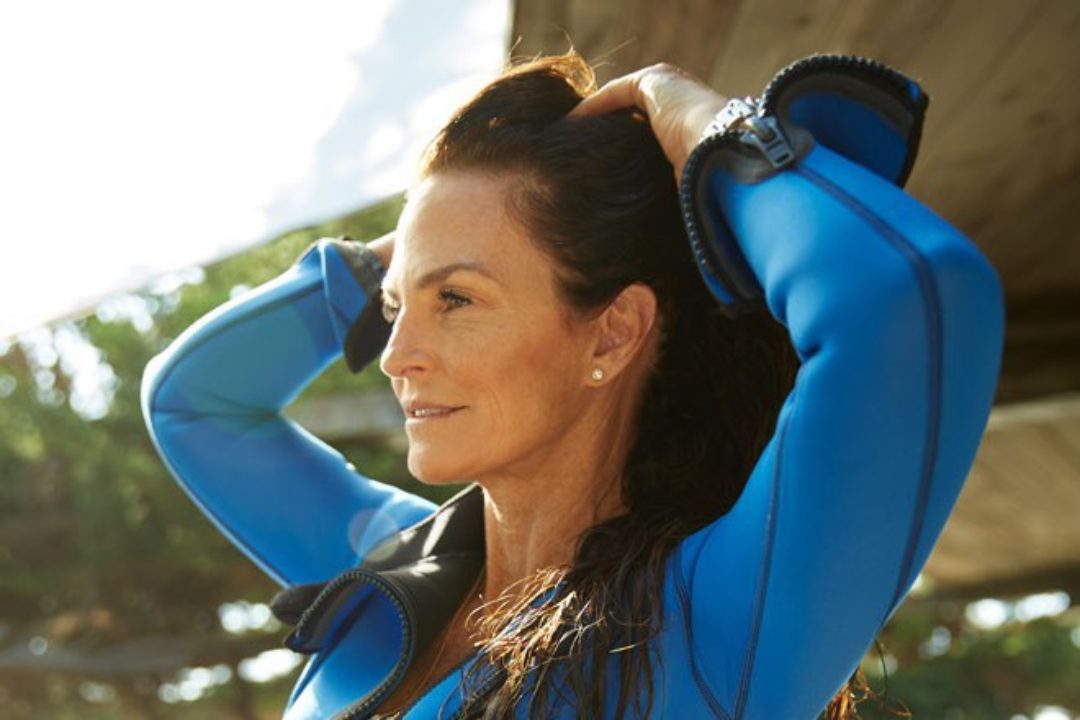 As she labors through her daily workout—the box squats, the shoulder presses—hoisting hundreds of pounds of weights into the air, Sandy Hill uses a short meditation. “When I compete a move, like a pull-up, I’m expelling my breath. I say yes, and congratulate myself in a teeny, tiny way, on that success. Instead of thinking, ‘Oh I have 100 more to go,’ I think of ‘Yes!’ all the time. ‘Yes, that was beautiful.’ ‘Yes, I am strong.’ It’s helped me tremendously. And the movements are flying by. Before I could hear the clock, subconsciously. So that’s my mantra: Yes, yes, yes.”

Hill has been many things: an author, a mother, and an explorer. As a world-class mountaineer, she became the second American woman to have climbed the Seven Summits, the highest mountain on each continent. She’s summited Mount Everest and traveled to more than 100 countries. But this month, she’s climbing a new mountain, challenging herself in honor of her 60th birthday by competing at the rigorous CrossFit Games.

The Games will be held on July 21st in Carson, Calif., and like its namesake workout regimen, are devised to test overall fitness. The actual challenges—anything from dragging a sled with weights to swimming—will remain a mystery until the games—but Hill does know one thing. “I will not walk in unprepared,” she says.

Hill lives in Venice Beach, Calif., and got into CrossFit a few years ago. She was attracted to the focus on functional fitness, and especially likes the record keeping aspects. “The exercise periods are timed, qualified and quantified—that encourages personal progress. It’s fun to look back at my exercise log. I was back-squatting 75 pounds. And now I’m doing 225,” she says. “I was raised with this idea that after a certain age, you are in a steady stage of decline. But I’m faster and stronger than I was in my 30s, so I can blow that belief out of the water.”

Hill went to school before Title IX took effect in 1972. “There was very little for young women to do in the 1960s. My school was heavily skewed to the boy’s football team and nothing else mattered. I took modern dance. I think that is why I was drawn to mountain climbing. The mountain doesn’t care if you’re a boy or a girl.” Decades later, as she got more into CrossFit, the idea of competing in a serious, organized sport appealed to her; so 18 months ago, she decided to train like a professional, full time athlete.

That meant prioritizing training. “It’s no longer one of the things I do every day. It is what I do every day, and the rest of life has to fit around it. The greatest gift to come out of this process is it’s given me an opportunity to explore my full genetic potential. We explore our potential in so many other ways, in relationships, parenting, at work. But unless you’re a pro athlete, you don’t usually have an arena to explore what you are capable of physically.”

Hill trains eight hours a day with different coaches and her training partner, a serious female athlete who is nearly half her age. They are on the track, at the gym, lifting weights, developing strength, endurance and mobility. To fuel her body, she eats four meals a day with non-processed foods like fresh fish, locally raised meats, vegetables, a little fruit and nuts.

Weightlifting, she says, is “The most Zen thing there is.” The ability to be in the moment and listen to the sound of your breath. To stop the little voices and just be. The ability to go inside and rely on your own balance. That is really what makes a good weightlifter. It’s not about being strong. It’s a strong, poised person with focus, who will get the bar off the ground.”

“I don’t know if I could have competed at anything in my 20s because of my self consciousness and my preoccupation with things that were outside of my control,” Hill says. “I wasn’t as centered then. This is the right time for me to be doing this. I had to grow into my confidence and abilities.”

For more on Sandy, including her training notes and videos of her in action, visit her website.

“Don’t believe the conventional wisdom!” says Hill. You don’t have to become weaker as you age. Here are Hill’s tips:

Editor's Note: Sandy came in 4th for her age group during the CrossFit Games, and 3rd place for the open.