Breaking Through to Meditation

After years of trying and failing to meditate, one woman finally succeeds—thanks to an evening at the Rubin Museum and a little embodiment work. 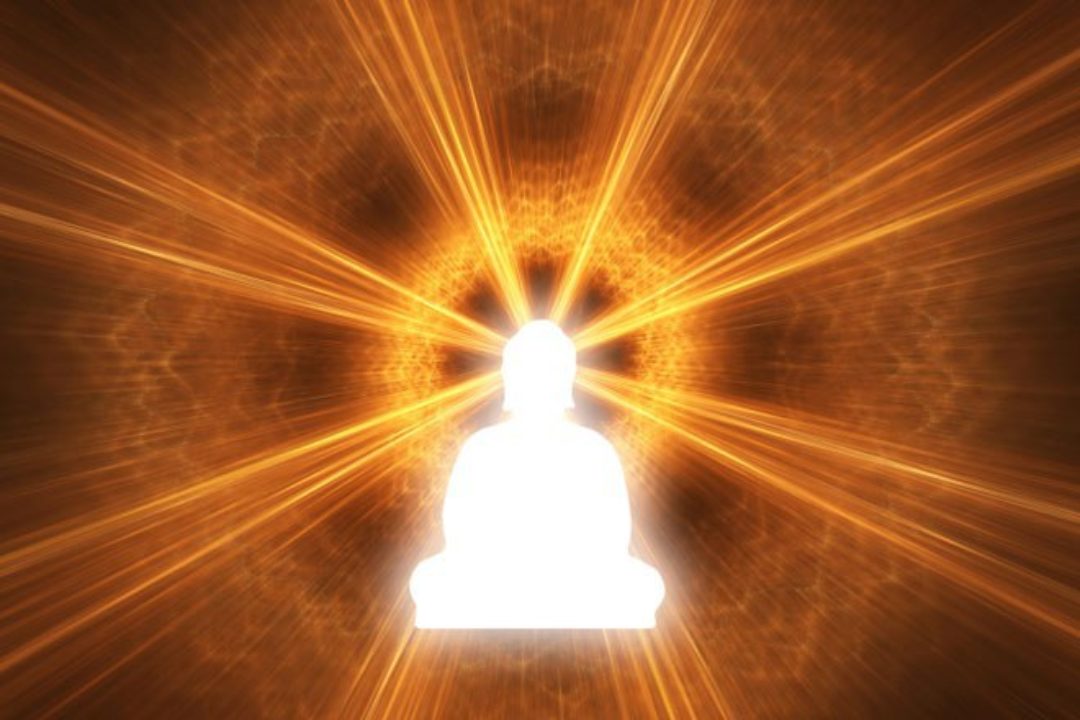 Fifteen years ago I decided to start meditating. An astute friend at the time likened me to a gerbil racing on a wheel in a cage: I was always rushing between work, power yoga, business dinners, and parties. You could find no trace of a sofa or a comfy chair in my little studio apartment in downtown Manhattan—I kid you not, I didn’t stop moving long enough to need one. I desperately wanted to change, to slow down and somehow start to feel okay. I just didn’t have a clue as to how.

It was then that my yoga teacher handed me Swami Muktanada’s book, Meditate. I was intrigued. The book made it sound so easy: Watch my breath, repeat a mantra. How hard could that be? I set a timer for five minutes, sat down, and closed my eyes. Then, similar to what they say about a bad drug trip, I landed smack inside a living nightmare. My back screamed in pain. I sweated. I gasped for breath. Suddenly I just knew with terrifying certainty that a draft of an article I’d just sent to a British publication was all wrong and that I had to redo it immediately. When the timer chimed I was already at my desk pressing “send” on an email to my editor.

This wasn’t the peace and calm I was going for.

That first attempt—and my many ensuing attempts to cultivate a regular meditation practice, was on my mind when I signed up to hear Elena Brower, a respected Hatha yoga teacher, talk about meditation at the Rubin Museum of Art in Manhattan. I was familiar with Elena from taking classes at her New York City studio, Vira Yoga, and knew what a force of passion and creativity she is. I had read that Elana was going to discuss how her meditation practice went from being a struggle to something she craves, and I was curious to find out how she did it.

The evening opened with an exquisitely crafted film portrait of Elena as a meditator, created by the filmmakers Susannah Ludwig and Rebecca Dryfus. In it Elena described with grave disappointment how she struggled for years to sit for meditation at all. (The film is part of a series of portraits of meditators such as David Lynch, Congressman Tim Ryan, and Sharon Salzberg and will eventually be released to the public.) The pain and frustration in Elena’s voice carried deep resonance for me. Tasks like doing the dishes, closet organizing, and email unfailingly pulled her away.

If you have meditated before, you have probably experienced similar “get the heck outta here” urges, in the form of gripping thoughts, distracting body sensations or seductive, even overwhelming emotions. A friend recently returned from a five-day meditation retreat and shared that one of the other participants he’d met there had found it so excruciating to be meditating day in and day out that the person had actually stole away in one of the staffers’ cars in the middle of the night. Interesting. So it turns out that meditation can lead to auto theft.

When the lights came on, Elena described with glowing delight how much she enjoys her meditation practice now. She explained that she now sits twice a day for 20 minutes, repeating a mantra. Never skips it. Wouldn’t want to.

That night at the Rubin, Elena was paired with a respected neuropsychologist, Kenneth Perrine, Ph.D., who arrived with the understanding that the topic of the evening was the physical practice of yoga and also brain science—not meditation. So the conversation between Elena and Dr. Perrine explored some fascinating terrain, including what works and doesn’t work in terms of rewiring the brain. I came away with a couple if nuggets: 1.Take your fish oil. It’ll support you in integrating any transformative work that you do. And 2. Try pranayama, which is specialized breathing practice, often done in the context of a yoga class. Based on Dr. Perrine’s research, pranayama is the most transformative component of a yoga practice.

If it seems like I’m getting a little off topic, I am. That night we didn’t learn what it was that got Elena sitting regularly and loving it. When I followed up with her about that via email, she directed me to a piece that she wrote for Huffington Post back in 2011. I read it through three times and then it hit me. For Elena, it wasn’t about finding just the right meditation practice or the right teacher. It wasn’t just about stick-to-it-ness or self-compassion. Elena needed to take a step back from a traditional meditation practice (practice that is designed to support expansion or transcendence) to do some embodiment work.

If this is the first time you’re hearing about embodiment work, you’re not alone. We’ve all heard of yoga, meditation, and therapy. Embodiment is a field that is opening up, particularly in the West, as people want to meditate in the context of a highly functional and engaged life. Similar to therapy, embodiment practice opens “spirit”—or, if you prefer, “life energy” or, perhaps even more simply, plain old “energy”—into the body where it was previously cut off. With embodiment comes an experience of really being here and of self-agency. Dreams that seem so vivid but haven’t quite panned out for you can very quickly acquire real legs. Similar to psychotherapy but tailored to releasing energetic contractions that manifest in the physical body, embodiment practices typically focus on energy centers in the body called “chakras.”

With the help of Anodea Judith’s book, Eastern Body, Western Mind, Elena located a block in her navel chakra—one that she learned was associated with not being able to express or meet certain childhood needs—and then she learned how to release it. The impact of that work was immediate: Not only could she then sit for meditation, but she was more patient and more compassionate with herself and her family. I checked back in with Elena to make sure I was getting this right.

“From what I’m understanding there was a significant embodiment phase for you— that you needed to inhabit the cut-off areas of your body, specifically the 2nd chakra (in the navel). The embodiment piece was key for meditation really opening for you. Is that resonating?”

I nearly fell off my chair. This had been my missing piece too!

Before I’d discovered embodiment work, I’d basically given up on meditation. The embodiment piece got me through to the other side of a terror so deep, so profound that it had literally been launching me off my meditation cushion for years. With the help of Judith Blackstone, a therapist who specializes in embodiment practice, I learned how to become free of that terror, which stemmed from, among other events, being left alone screaming for my parents in the dark when I was three years old. I learned at a young age that not only could I not get some of my basic needs met but I’d better not express them either. With Judith’s help I found the clenching place in my chest or heart chakra that housed the terror—and learned that I was unconsciously creating that terror again and again in response to stimuli that I encountered in a typical day. As the unconscious clenching I was doing in my chest became more conscious, I learned how to stop creating this response that led to harmful behavior toward myself and others—responses that kept me from truly trusting others and from being alone.

And then meditation opened up for me. There’s no big drama—it’s just something that I do every day. I can’t tell you what a relief it is to be able to change gears now. Fast, slow, stop. What’s more, I feel that I’m really living from deep inside my body—something I previously had no clue that I was missing, even during the many years when I taught yoga and meditation. And best of all, now I can lay down a boundary like a mother bear and take daily steps to realize a dream. Because no matter what happens, I’m okay.

First published on Rewire Me. To view the original article, click here. 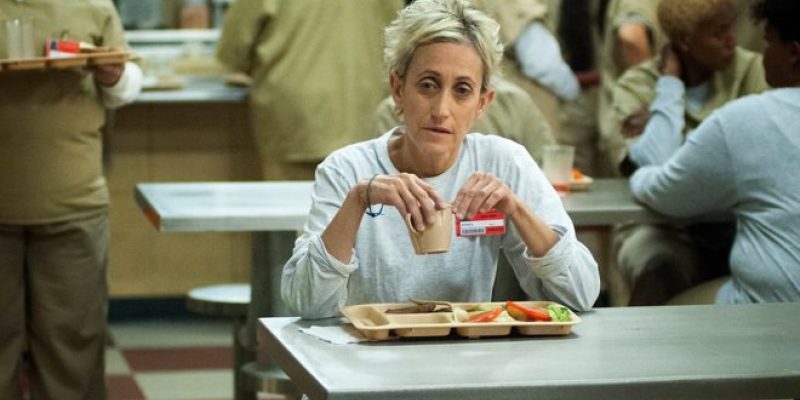 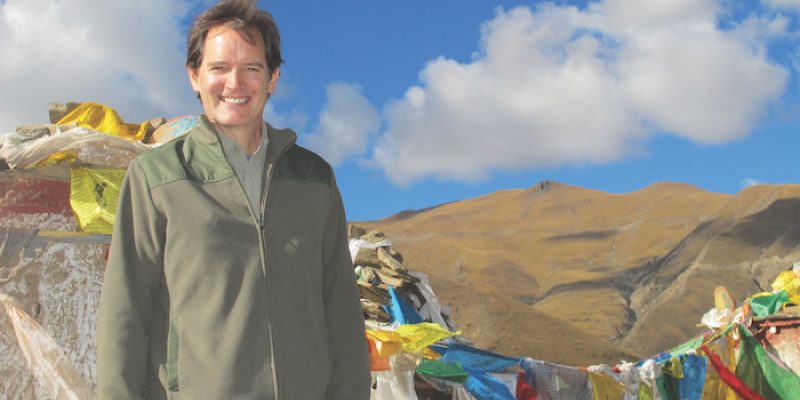 The Heart of Money: Tiny Acts of Heroism