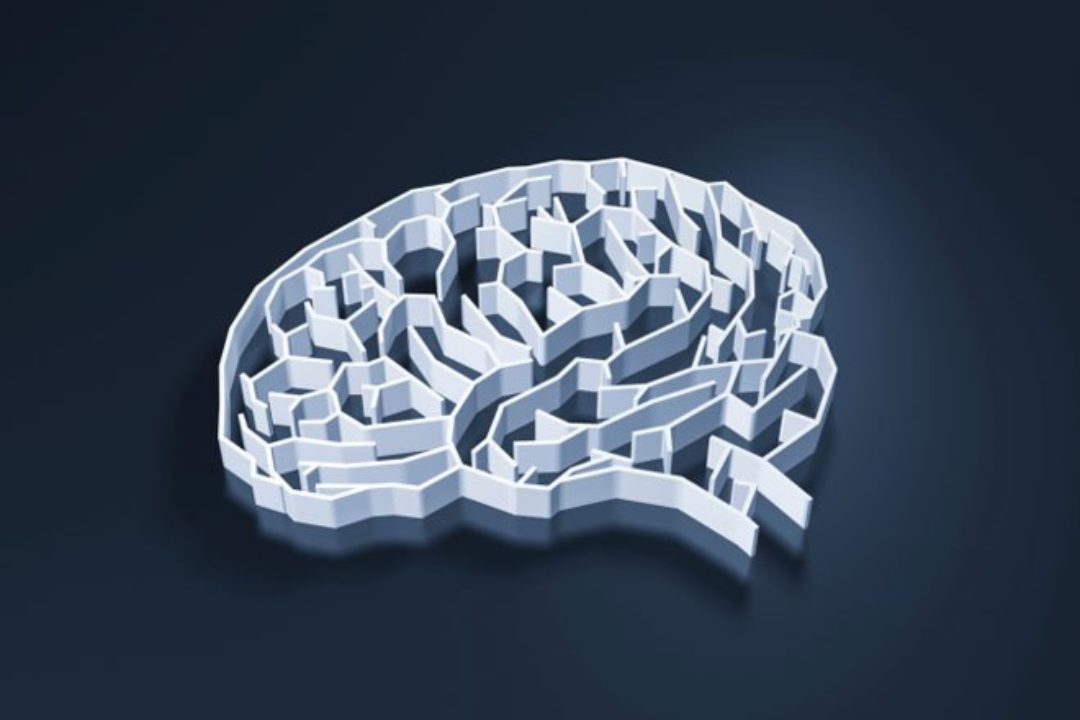 In fourth grade I was placed in an advanced math group with four other students. Every day we gathered around a circular table at the back of the classroom and learned algebra. Being part of this special group felt good; when it came to math I was calm, confident, and competent.

One day the teacher announced a math quiz: 12 addition problems (simple equations containing four numbers each) to be done in 6 minutes. “These are very easy,” the teacher explained. “If you can’t get all twelve correct, then you’re just plain stupid.” Stupid? Not me. I set out to answer all 12 problems correctly. This was our first timed math test, and I quickly discovered I didn’t know how to judge how long to spend solving each problem. I tried to add as fast as possible but never felt I could trust the resulting sums. I began to panic. My brain froze. The numbers swam. I couldn’t think. By the time the teacher told us to put down our pencils, I had placed numbers in each answer box but I knew they were all wrong.

The next day our tests were handed back. At the top of mine, written in enormous red numbers: “-12”—complete and total failure. I walked home carrying my test, crying all the way.

When I look back I can tell you that was the day I formed and accepted the belief, “I can’t do math.” It’s a belief that continues today. Ask me to do even the most simple math problem in my head and I’ll scramble for a calculator, utterly convinced I can’t add or subtract with any accuracy.

I bet when you look back to your childhood, there are experiences that stand out for you, too—moments when you know, “That was the day I started to believe ____.” Once the neural pathways of those beliefs are constructed and reinforced, changing your mind—and creating the life you want—can be a real challenge. There are, however, simple daily practices you can implement to bring about the change you seek:

1. Create an afformation – If you’ve ever tried to use affirmations, you know they can be tough to believe initially. In The Book of Afformations: Discovering the Missing Piece to Abundant Health, Wealth, Love, and Happiness (Hay House), Noah St. John suggests working with the brain’s natural inquisitive nature: Pose a question and your brain immediately starts seeking the answer. For example, in my own evolution the question looks like, “Why am I able to so easily, comfortably and accurately calculate sums?”

Action step: Identify a belief you want to change and construct a question around it . Ask yourself the question repeatedly when you wake up and just before you go to bed. Don’t look for a conscious answer; let your brain’s reticular-activating system (a network of nerve pathways that mediates your overall level of consciousness) initiate a scan for solutions.

2. Drop your assumptions. Having the belief that something that happened in the past will always happen that way in the present or future creates a fantasy that can hold you back. Past lack of success in no way predicts or affects the outcome of an action this time around. I’ve had to deliberately practice being open to the fact that I actually can accurately compute.

Action step: Practice being open to change. You don’t have to believe it will happen or know exactly when. Focus instead on developing an attitude that allows for the idea that change might occur. For example, you might say to yourself, “I’m open to shifting my belief about _________.”

3. Transform resistance. Whenever you try to change something, there will be a part of you that opposes the idea. At the bottom of any resistance is fear—especially fear of change. You can gently decrease resistance when you acknowledge it, identify the fear, and make a plan to ameliorate it. For me this means acknowledging I’m afraid to look stupid if I inaccurately compute a sum in front of others. Ways to lessen the fear could include anything from taking deep breaths to calm myself before calculating so that my mind is clear, to practicing computing at first only in front of people I trust, to giving myself plenty of time and resources to solve the equation.

Action step: Answer the following questions: When it comes to the belief you want to change, what part of you resists changing it? Why? What fear does that relate to? What would it take to lessen the fear?

4. Craft a new story. There are many interpretations of every moment. The one you’re carrying around is neither the only one nor the only accurate one. It’s time to create a new story around the old belief. For a long time my story has been, “I can’t do math.” But another story exists: My nine-year-old self got spooked by the pressure to not be “stupid” at the same time she was attempting to learn a new skill (computing within a set timeframe). For a child who valued being a good student, the stress understandably caused a short-term interruption in her ability to effortlessly solve the equations.

Action step: With your older and more mature perspective, look back on the day(s) that formed the belief you want to change. Notice what other stories could be told to explain the situation. Frame four other possible and positive beliefs that are equally represented in the experience.

5. Suspend judgment. Every time you criticize yourself for that old belief you make it stronger, because you weaken your connection to one of your greatest assets: self-compassion. Instead, access kindness, humanity, and mindfulness to create an internal support system built on acceptance, appreciation, and optimism. Forgiveness, too, can be a key element in this step. I’ve had to focus on forgiving myself for that long-ago “failure” and shift my attention to what I can only describe as transcendence. When I approach a math problem now, a part of me rises above the moment, forgives those old doubts, accepts and appreciates my apprehension, and yet believes I can easily arrive at the solution. It’s this strong, calm, and peaceful part that proceeds to do the calculation.

Action step: Create a space in yourself where you have already achieved success, as if the task of change is behind you. Imagine that the timeline of your life stretches into the future in one direction and into the past in another. Face the future. Now imagine that in your timeline, behind you is an object that represents the old belief. Push it back into your timeline as far as it will go. Then take a deliberate step forward.

6. Change your approach. So often when we want to change something about ourselves, we place our attention on stopping something—for example, changing our health by stopping overeating, drinking, smoking, and so on. Thinking about what you want to stop focuses your mind on what you don’t want it to do. Switch your attention to the thing you do want. I’ve had to stop hoping I don’t make a mistake and shift my focus instead to how I will be able to be accurate in my calculation.

Action step: Identify the desired result and develop a new belief to support it. Then think about how to create the kind of environment and experience necessary to achieve success.

7. Shift from expectation to intention. An expectation is a strong belief that something will happen in the future. When circumstances beyond your control interfere with success, it’s easy to experience a setback. An intention, however, is how you plan to approach a task or experience. This is always within your control, which means it offers more solid ground on which to build your desire for change. I really love this step because it’s helped me eliminate the expectation that I’ll make a mistake. Now I focus on how I intend to create a successful approach to doing math.

Action step: Set your intention for how you’re going to embody changing this belief: “I intend to ____ by _____.” Use this sentence as a guide for your future actions.

All these years later, I appreciate that the fear of my nine-year-old self that produced the negative belief about my ability to do math was understandable for a child striving for excellence. But now, in my 40s, do I need to worry about how long it takes to add in my head? Not really! That’s why I intend to allow myself all the time I need for every math problem as I continue to develop and deepen neural pathways around my new belief: “I can accurately calculate mathematical equations.”

What’s your intention for the belief you choose to change?

This article first appeared in Rewire Me. To view the original article, click here. Michele Rosenthal is a popular keynote speaker, award-winning blogger, award-nominated author, and certified professional coach. Host of the radio program Changing Direction and founder of HealMyPTSD.com, Michele is the author of Before the World Intruded: Conquering the Past and Creating the Future. To connect with Michele, visit: ChangeYouChoose.com. 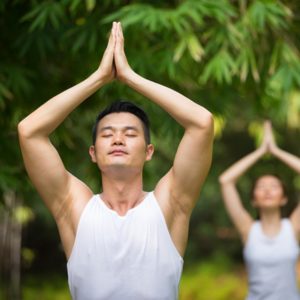 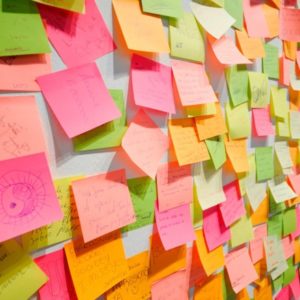 How To Stop Being Absent-Minded 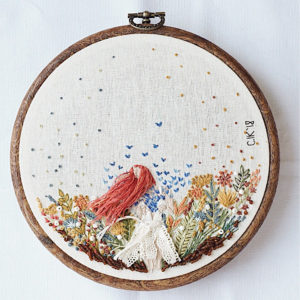 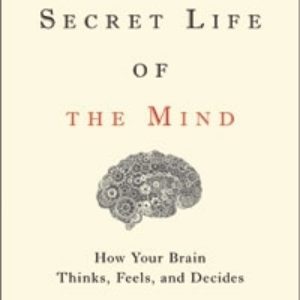 Book Review: The Secret Life of the Mind 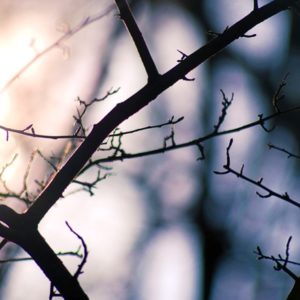 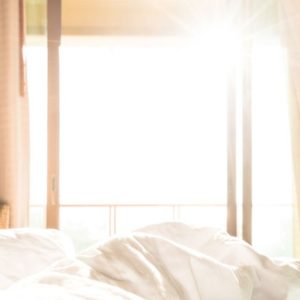 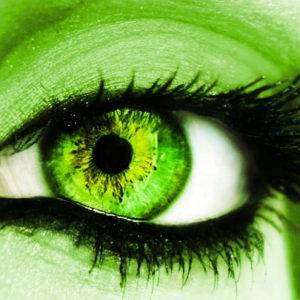 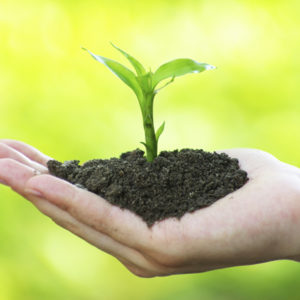 Why Your Life Matters