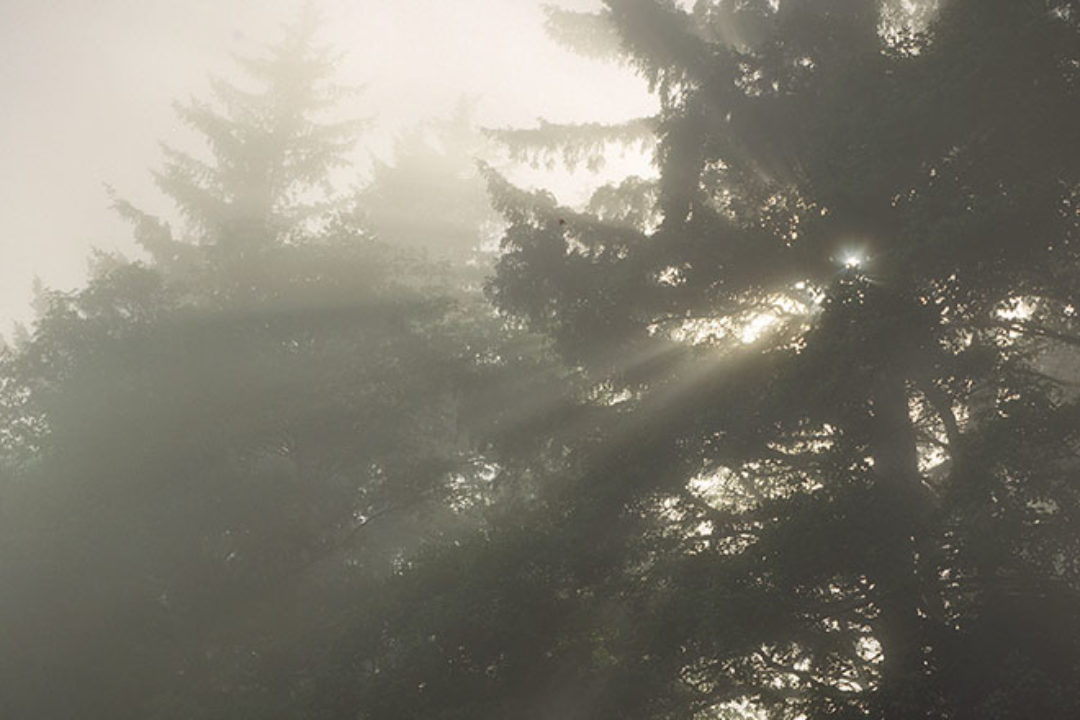 A few weeks after I graduated from high school, I left home and went away to a monastery. For the next eight years I lived the life of a monk—a solitary life of prayer, work, contemplation, fasting, and silence.

Within the walls of the monastery my life was not much different from the life of a monk of the Middle Ages. I was part of a community of about 60 monks, ranging in age from 18, like me, to 80. The monastery was self-sufficient. We grew our own food in the fields around the monastery, which was in a remote farming area in the American Midwest. Our life was the simplest imaginable. We wore plain clothing, ate humble meals, and, at night, retired to small individual rooms that were furnished only with bed, sink, desk, and chair.

Apart from the ‘World’

The first year of my life as a monk was a time of training and instruction, preparing me to live outside the monastery and teach in the Brothers’ schools. Called the novitiate or canonical year—from canon, or Catholic Church law—it was a period of intense concentration on how to live as a monk. We studied the Rule of Saint Benedict, formulated more than a millennium ago as a blueprint for the monastic life. And we practiced silence.

When I tell people that I spent an entire year in silence, their expressions usually stop cold, waiting for their minds to catch up with the novel information. Their eyes seem to ask: How can anyone live in silence for a year? Even if it were possible to live in silence, why would anyone want to do it?

Being silent was not difficult for me. Perhaps the biggest surprise was that once I went into the silence, I was not interested, most of the time, in speaking. Also, when no one is speaking, it is much easier to be quiet than if some people are speaking and others are not. In our monastery, everyone lived under the rule of silence.

As for why we wanted to be silent, that relates to the nature of monastic life itself, which is to be apart from the world and to have an opportunity for reflection and meditation, activities that are “inner” and require quiet. It would be absurd to try to follow a contemplative path and also to allow noise into one’s realm. The two do not go together.

The silence we lived in the monastery had both an interior and an exterior character. Silence from the inside meant not talking, in the first place, but also something deeper: it had to do with quieting the mind, not being busy inside. Inner silence also carried the idea of refraining from judgment and staying away from thinking about the past and the future. Being silent within was really being at once absent from the world of busy-ness and at the same time present in the moment.

Silence on the outside had to do with keeping away anything that did not foster inner silence. So, no radio or television or newspapers or magazines found their way behind the walls of the monastery. There were no computers in those days—and therefore no Internet, no email, no Facebook, no Twitter; if there had been computers, they would not have been part of our monastery. Natural sounds (birds, animals, the wind in the trees) were considered part of the silence, actually fostering contemplation in the spirit of silence. We were discouraged from making loud noises ourselves—even while working—because that would have disturbed that same spirit of silence, even if we were not speaking.

What happens when one is silent for a long period? The outer noise goes first, and then the inner noise starts to evaporate. Soon, quiet reigns everywhere, it seems. Time slows to a crawl. Sound becomes a curiosity—natural sounds, especially, like the flow of water or the rustle and sway of tall grass, become occasions for deeper listening and lead to a most profound inner calm.

The Letter and the Spirit of Silence

During the time I spent living in monastic silence, I learned to distinguish between the letter and the spirit of silence.

The letter of silence is just that: not speaking and not disturbing the silence around you in any way. Practicing the letter of silence, you tread as lightly as possible, do not utter a word or any other sound, do not use sign language or body language, and even avoid reading written communication, except perhaps, on occasion, inspirational articles or books.

The letter of silence has both an interior and an exterior character. On the outside, you are careful not only to remain silent but also to avoid intruding on the silence of others—or, for that matter, of the “silence” of nature. On the inside, you stay away from “noisy” or useless thoughts. Useless thinking is the running of interior mental tapes that are set in the past or in the future.

The spirit of silence poses a slightly different way of regarding being silent. When you practice the spirit of silence, you will actually find yourself speaking when it is -necessary. For instance, you have decided to be in silence for an afternoon. You have turned off the -television and the radio, you have switched off the telephone ringer and the computer, and you have closed down all the other noise--generating appliances in the house. You sit down with an inspirational book. Then the doorbell rings unexpectedly—the mailman is delivering a package. Practicing the spirit of silence, you go to the door, accept the package gracefully, and say, “Thank you.” You have not broken your silence. In fact, you have enhanced it with a simple expression of gratitude.

In the monastery, the spirit of silence was an important concept to learn. When I took the vow of silence for a year, it meant that I would strive to dwell in the interior world of the spirit as much as possible. But it did not mean that I would not speak at all. All the monks spoke during open prayer, for example. We also spoke in public during classes we took on living the monastic life, and in private to our spiritual counselor. If we needed to explain something about a particular task, we spoke briefly and quietly; if we had questions about how to perform a certain duty, we spoke. Once during my year of silence I needed to see a dentist. I spoke to him about my toothache—and did not break the spirit of silence.
Living in the spirit of silence allowed me to dwell constantly in a silent place, even if words needed to be exchanged.

The peace that silence brought to me then—and continues to bring to me now, when I practice it—is hard to describe. Being in silence is feeling the bliss of balance and completion on an exceedingly high level. Silence grounds me and gives me serenity and mental clarity.

I take part of each day now to dwell in silence. You can do this, too. You can create your own quiet inner monastery cloister. If you have the opportunity to practice an hour of silence sometime during the day, you may want to try it and see how it makes a difference for you. Like the monks of the Middle Ages who lived the vow of silence, you may find that spiritual treasures you had not imagined will be revealed to you—not only in your silent time, but all through the day.

An Hour of Silence Every Day

The greatest lesson I learned in the monastery was how to get in touch with the spiritual center of myself. Deep within each of us is a great well of health, abundance, knowledge, guidance. When we enter the silence and stay in the silence, we come into direct contact with that sacred well. In that place dwells our True and Higher Self: It is that part of us that exists and operates in a place where there is no time—no past, no future, only the present moment. It is the part of us that is connected to all of consciousness. It holds the answers to all our questions, the solutions to all our problems.

This spiritual center is active in us always. It will communicate with us if we are still enough to hear its gentle voice. One way to approach silence as a spiritual practice is to remain in a listening mode during our silent time. The still, small voice within may not arise in the form of words—it may come in an idea you had never thought of before or in the image of something or someone. Often the voice will not come to you during the silence, but afterward and when you least expect it. It may arise in the middle of a conversation you are having with someone later in the day. It may appear as a satisfying conclusion to a personal event. It may emerge from something you are reading or listening to.
One of the most powerful spiritual practices you can adopt is also one of the easiest to do. What could be easier than simply being quiet and not speaking? There is a little more to it than that—but not much more.

How to Practice an Hour of Silence Every Day

1. Schedule your hour of silence at a particular time every day.

2. During that hour, turn off the phone, TV, radio, computer, and all other appliances and communication devices. Put down all books and other reading material.

3. Light a candle to be a witness to your hour of silence.

4. Sit quietly and rest—or look carefully at a natural object—or engage in work that does not require you to hear, see, or express words. Gentle housekeeping or gardening are excellent activities of silence, or a long walk in nature.

5. Listen to the silence, all the time enjoying this hour-long respite from thinking, reviewing, planning, and imagining. Stay in the present moment.

6. Breathe deeply and mindfully, bringing in the silence and expelling mental “noise.”

7. At the end of your hour of silence, let your first word be an expression of gratitude or love; then put out the candle and go about your business. 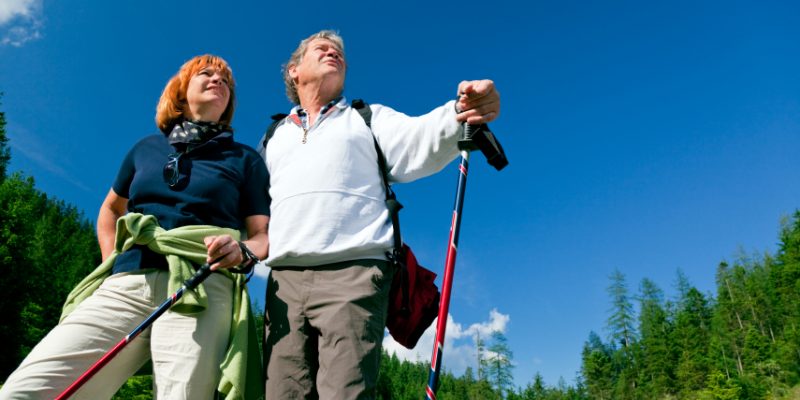 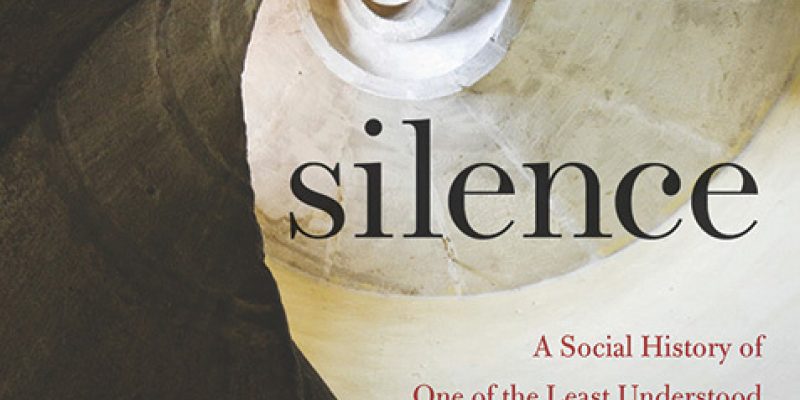 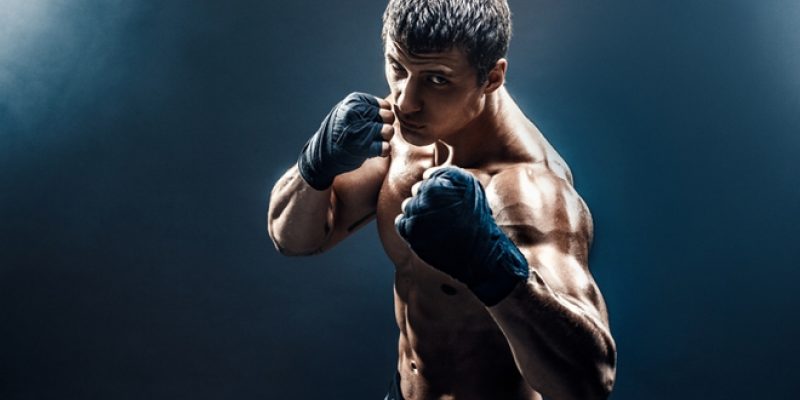 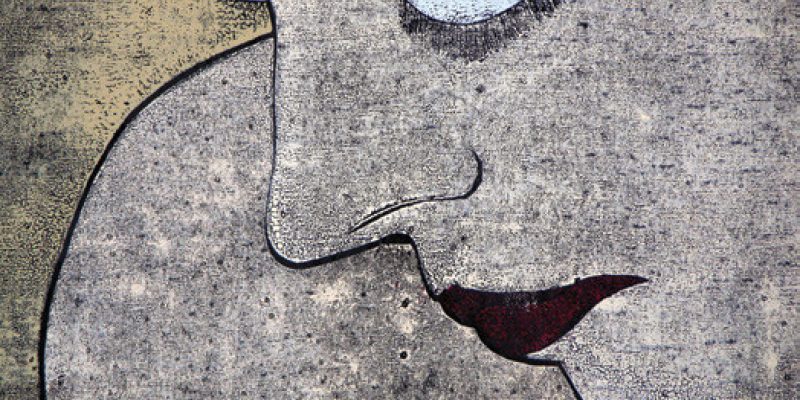