Balancing the Brain Toward Joy 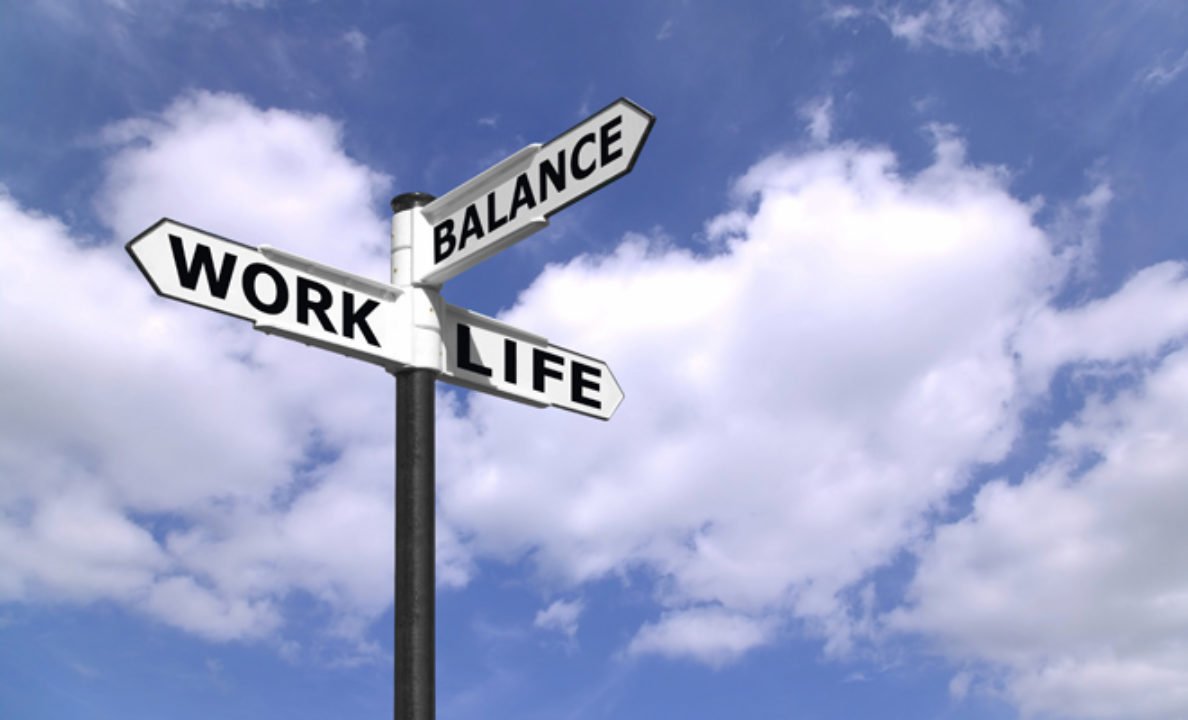 An Interview with Jill Bolte Taylor, Ph.D.
Twelve years ago, at 37, Dr. Jill Bolte Taylor, a Harvard-trained neuroanatomist and spokeswoman for the Harvard Brain Tissue Resource Center, had a stroke that traumatized her left hemisphere. Through the eyes of an ever-curious brain scientist, she felt her mind completely deteriorate to the point that she could not walk, talk, read, write, or recall the incidents of her life. Several weeks later, she underwent major brain surgery to remove a golf-ball–sized blood clot that was applying pressure on the language center in her brain’s left hemisphere.

During her eight-year recovery, her mother was her chief caregiver. Initially, Taylor did not know who she was and had no recollection of having any family. She had to relearn most everything — how to read, how to drive — because none of her lost memories ever came flooding back. She says she was fortunate that her mother was willing to forego traditional rehabilitation techniques. As she slowly got better, she was able to apply her neuroanatomical knowledge toward her reconstituting herself, using her right brain.

For example, when Taylor lost the left-hemisphere functioning of her brain, she lost all of the normal abilities to define, organize, and categorize information, but she gained the ability to be intuitive and creative. In the absence of the left mind’s describing, judging, organizing, and analyzing skills, its dominating ego and inhibition, she gained a completely uninhibited right mind, which now processes information in a completely unique way. Her right hemisphere, which typically houses nonverbal and artistic tasks, has taken up the bulk of her cognition. Taylor achieved her present serenity in an exceptional way, and she urges people not to wait for a stroke to cultivate right-brain functions.

In her best-selling book, My Stroke of Insight: A Brain Scientist’s Personal Journey, Taylor details the process for recovery and the insight she’s gained about the different functions of the left and right halves of her brain. Based upon her personal experience and academic training, Taylor is now helping others not only rebuild their brains from trauma but also is educating people with normal brains on how they can have healthier relationships with their brains to maximize their quality of life.

We met up in San Francisco during the annual Green Festival last November, just after she had spoken to a large and enthusiastic crowd.

David Kupfer: Is it rare for stroke survivors to fully recover as you have?
Jill Bolte Taylor: Lots of people do recover; lots of people do not recover. I think that’s based on the fact that every stroke is different, every trauma is different, and the people around us are different in the way that they treat us.

I was treated as though I would recover. I was given all the tools that I needed. I was given enough sleep so that I was not exhausted and overstimulated all the time and could actually try to think again and regain ability. So I think it’s totally dependent on the environment.

A lot of people do recover amazingly well over long periods of time. I had someone who recently said, “I am in my fifteenth year of recovery, post-trauma, and I’m still getting better.”

DK: You’ve said you’re grateful you had a stroke.
JBT: Absolutely. It’s given me a whole new perspective of life. It’s made me an evangelist for a balanced brain. I want people to use both of their hemispheres. And I want them to recognize that they have more power over what’s going on between their ears than they ever had any idea. I think that’s important. I think the more responsibility we take for what’s going on inside of our brains, then the happier we are going to be. I am an advocate for joy.

DK: Why do you suppose so many people don’t choose happiness?
JBT: I think a lot of them don’t know that they can. I think that they experience their emotions and experience their grief and sadness; they just don’t know that they can have a relationship with it. I don’t think they know the simplicity, that we are circuitry. We have a choice in what circuits we run. Does that mean avoid heavy emotions? Absolutely not. It means allow yourself to experience the emotion. The more you keep it at bay, the more it’s going to beckon. Allow yourself to welcome it, savor it, celebrate it — and let it go in 90 seconds.

DK: How do you find a balance between observing your circuitry and engaging your circuitry?
JBT: I think that’s also a choice. It’s thrilling to engage your circuitry because then it becomes you. I am my anger, I am my sadness, I am my fear. It consumes me. Well, that’s one attitude. The other attitude is, I am in this moment running my circuitry; is that the circuitry I really want to run? And how long am I
going to run it? And I do have a choice on that.

DK: What sort of techniques would you recommend for turning off the endless loops sometimes found in the left cognitive mind?
JBT: I think the most important thing is to consciously choose to bring your mind to the present moment. How do you do that? You decide that you’re going to see what your eyes are looking at; you bring your consciousness to the present moment. When you are going up the stairs, you look at the steps, you look at the handrail. Most of us unconsciously climb the steps, never think about the steps, can’t even say what the color of the carpet is, if there is a carpet, because we’re somewhere else.

DK: It does seem that much of your work is exploring Buddhist philosophy from a neuroscientist’s perspective and rationale.
JBT: That’s exactly, essentially, what happened. You took a hard-core Western medicine neuroscientist at Harvard who specialized in the neurotransmitters and the cells of the brain and gave her an experience that was essentially a complete shift from Western thinking to Eastern experience. It’s certainly not how I defined it at the time. I defined it as a shutdown of circuitry and the ability to experience being the product of ourselves.

A Buddhist ability to experience Nirvana, or wherever meditation might take them, is circuitry — what cells are shut down and which ones are then activated. I think I shut down my brain chatter, which Andy Newberg has shown with brain scans. He put monks in the machine and had them pray or meditate. The left hemisphere of the brain becomes quiet and the right side opens up. That is exactly what happened with me but through trauma.

DK: Your old ego never actually returned after the stroke, did it?
JBT: I kind of got a new one. I started a new one, a new little girl. I developed a new individuality — eventually. About the eight-year mark was when I became solid again.
But she knows her place, if you will. When you’ve essentially died and fallen off the ladder, you notice the void just fills in around you, and the world goes on just fine without you. It really shows you how not important you are in the big picture, as far as your ego is concerned. Once I experienced that, it was like I didn’t need to go back, because there wasn’t any point. My other option was to do this, and this is so much more expansive and fun. But I do, of course, have an ego. I have an identity, but she is about eight years old, and I like her like that. Because that way, I maintain my innocence and my joy.

DK: How do you deal with that portion of your inner storyteller that does not seem to be unconditionally attached to your joy?
JBT: I laugh at her. I seriously just laugh and laugh and laugh and laugh, and then it’s gone. It’s just like a little child who comes up and says something to you, and you either encourage conversation or you don’t. I just don’t encourage the conversation. And specifically, I laugh. It works for me.

DK: Always being in the right place at the right time.
JBT: Having the right experience. Things are going to happen. People we love are going to die. We can say, Damn, I’m so mad, or we can say, I’m so grateful. I’m so grateful for the time we had. I’m going to celebrate those memories. I’m going to celebrate that connection; it is mine forever. Or I can be angry, or I can be hurt. But I have a choice in how I look at it and if I come from gratitude, and if I allow myself to feel it and I’m not afraid of my emotions — if I’m not afraid of the stigma we get by society’s saying, Oh, she’s overemotional, he’s overemotional. It’s like, no, don’t worry about it; feel it, celebrate what you are as a living being. Celebrate that you’re capable of having those emotional circuits run. Because that’s the power of what you are. It’s the difference between your being alive, and your not being alive in order to have it. It’s a blessing to your life.

David Kupfer is an environment consultant who writes for magazines including The Sun, Adbusters, Hope, and Diva. He has been an organic farmer, Executive Director of the Environmental Action Committee of West Marin, and creator of a San Francisco Green Map (www.sfgreenmap.org). He lives in northern California where he paints, bikes, and hikes for his spiritual health. 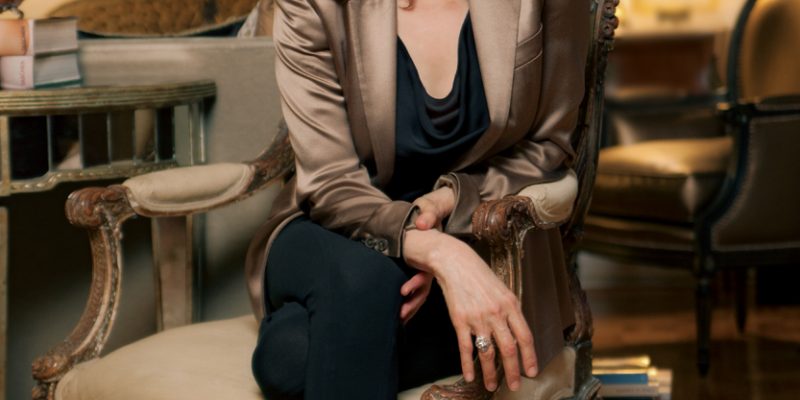 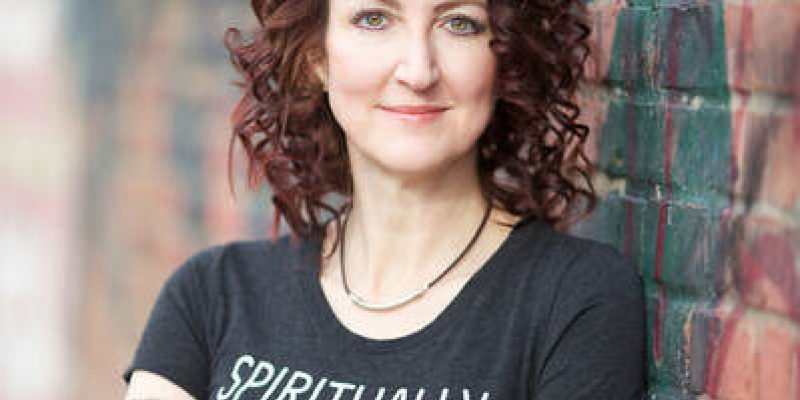